Chevron Rosebank to unlock one fifth of UK’s reserves

Chevron and its partners Statoil from Norway, OMV from Austria and Dong Energy (Dong) from Denmark selected WorleyParson and its subsidiary Intecsea to perform the front end engineering and design (FEED) of the facilities to develop the offshore Rosebank project in UK. 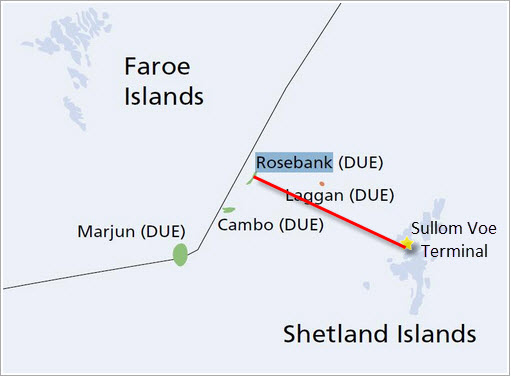 The Rosebank field is located in one of the most promising but most challenging area of the UK Continental shelf (UKCS).

Rosebank oil and gas field lies in 1,100 meters deepwater depth at some 160 kilometers northwest of the Shetland Islands, on the Corona Ridge in the Faroe-Shetland Channel at the limits of the UK and Faroe border.

Being closer to the Norh Atlantic Sea than the North Sea, the Chevron’s Rosebank project accumulates all challenges.

In counter part and because of these extreme conditions, the area had been unexplored until the years 2000s so that Rosebank may unlock one fifth of the remaining oil reserves in the UK.

In Rosebank Chevron and its partners share the working interests as following:

Discovered in 2004, Rosebank is estimated to hold in the blocks 213/26 and 213/27 approximately a total 240 million barrel of oil equivalent (boe) of recoverable reserves.

The geologic exploration continued until 2007 and the analysis of the data and the development plan were completed by Chevron and its partners Statoil, OMV and Dong in 2011 based on the combination of a semi-submersible drilling platform with a Floating, Production Storage and Offloading vessel (FPSO).

In 2011, Chevron selected WorleyParsons to perform the pre-front end engineering and design (pre-FEED) of the FPSO.

In July 2012, Chevron and its partners offered a new contract to WorleyParsons and its subsidiary Intecsea to provide the front end engineering and design (FEED) of the FPSO and the subsea production system and infrastructure.

According to the pre-front end engineering and design (pre-FEED, the Chevron Rosebank project should include:

– Gas export pipeline to the Sullom Voe terminal on the Shetland Islands. 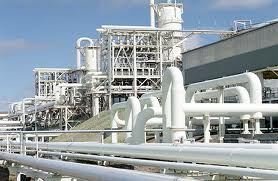 This FPSO should be designed to process:

The FPSO should also be able to store 1 million barrels of crude oil capacity to be offloaded into shuttle vessels, while the gas will be exported through pipeline to the Shetland Islands.

This FEED work will involve WorleyParsons and Intecsea offices in Houston, Texas, USA, with the support of WorleyParsons office in UK.

WorleyParsons and Intecsea are due to complete their FEED work at the end of 2013.

In parallel, Chevron is planning to award the FEED contract for a new-build semi-submersible drilling platform in order to commence the drilling operations in 2015 for which Seadrill, Fred Olsen, Transocean, Stena and Odfjell are in competition.

According to the actual status of the Rosebank project, Chevron and its partner Statoil, OMV and Dong are planning to make the final investment decision (FID) on first half 2013 in order to see the first production in 2017.