Qatar Petroleum in JV with Exxon to export US LNG

With this LNG import terminal, Qatar was securing its exports of LNG to USA, but with the development of shale gas has changed the supply side and the potential demand side.

With this joint venture, QP and ExxonMobil intends to use the over production of shale gas in USA to supply European and Asia Pacific markets where the gas market prices are 3 to 10 times higher than in USA.

Until recent years, Qatar and Russia were considered to have the biggest reserves of natural gas at least under the definition of conventional resources.

But in the last two years, the giant leap made in the shale gas development propelled USA from the rank of first natural gas consumer and importing country to a potential exporter.

This extraordinary growth of the shale gas production in USA has many consequences in redesigning the map of the import-export gas flow.

The natural gas prices collapsed on the spot market in USA with Henry Hub spot prices standing steadily below $3 per million btu and 5 years forward prices below $5 per million btu.

In that perspective the debate in USA is about the best way to take advantage of these low gas prices with two options:

– Export it to regions (Europe, Asia) where the local prices could offer good margins in including LNG transformation and transportation costs

– Monetize it in US in developing a local petrochemical industry through an integrated upstream–downstream business model benefiting from a global competitive advantage based on a cheap feedstock provided by the abundant shale gas.

Whatever shall be the outcome of the US debate and the chosen option between exporting LNG or investing on downstream activities, the consequences will affect the global market and its major key players.

Qatar Petroleum as the biggest gas exporter is on the first line in the same way as Saudi Basic Industries Corporation (Sabic) is concerned as the largest petrochemical company in the Middle East. 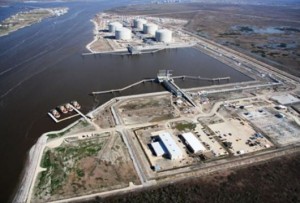 Qatar Petroleum and ExxonMobil joint venture applied for an export permit to the US Authorities from Port Arthur, Texas, USA.

Qatar Petroleum and ExxonMobil are planning $10 billion capital expenditure for a capacity of 15.6 million t/y of LNG.

Sabic to increase its global footprint by acquisitions

Sabic became a global company in taking over the

In 2009, Sabic signed 50/50 partnership with Sinopec to build a giant petrochemical complex in Tianjin.

So far Sabic enjoyed also a low gas price, $2.5 per milllion btu,  as feedstock for its petrochemical activities.

But this advantage is now at risk in comparison with US market.

In addition Saudi Arabia is by far the richest country for oil, but may turn short of natural gas in respect with its resources and the petrochemical project already in project.

By the way most of the crackers in project in Saudi Arabia and in the Middle East in general are designed to be mixed in order to accept alternative feedstock in case of natural gas shortage. 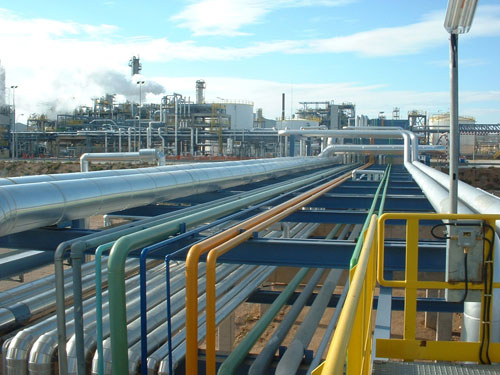 The least point is related to Saudi Aramco investing heavily downstream to develop its own petrochemical activities in Saudi Arabia, such as with Dow Chemical in Sadara or with Total in Satorp expansion.

Therefore the ways out for Sabic go through acquisitions and specialties.

Acquisition in USA would position Sabic immediately on the place to be in case USA would decide to favor this sector to monetize its shale gas.

The remaining part of Hunstman in USA would fit perfectly in providing Sabic with a big wallet of valuable licenses.

The French Arkema would also be a good target as having multiple facilities in USA and holding a long standing expertise in high added value specialties.

If the booming shale gas in USA pushed to put on hold many projects on upstream, such as Shtockman in Russia, it favors capital expenditure on midstream with new pipelines and LNG export terminals, such as the Golden Pass LNG project between Qatar Petroleum and ExxonMobil, and on downstream with consolidation and deployment driven by the leading petrochemical companies such as Sabic.