The French major company, Total and its partners, Gazprom from Russia and Tecpetrol de Bolivia (Tecpetrol), made the final investment decision (FID) to develop the gas and condensate discoveries from Incahuasi in Bolivia. 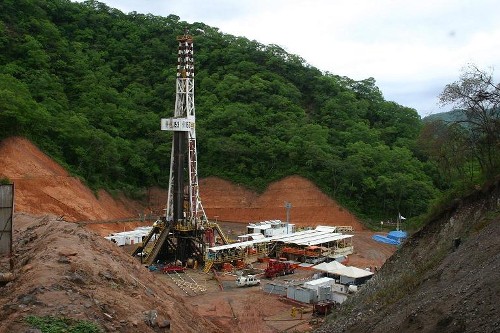 In a country where the production of natural gas is historically dominated by Petrobras from Brazil and Repsol from Spain,  Total started the exploration in Bolivia in 1996 in the Aquio and Ipati blocks.

Despite the nationalization of the natural gas industry in 2006 by President Evo Morales, Bolivia remains the second largest owner of natural gas reserves in South America after Venezuela.

With only two clients , Brazil and Argentina, Bolivia is the largest exporter of natural gas in South continent of Americas.

These two countries, Brazil and Argentina have also significant reserves of gas, but mostly offshore for the Brazil and mostly unconventional in Argentina. 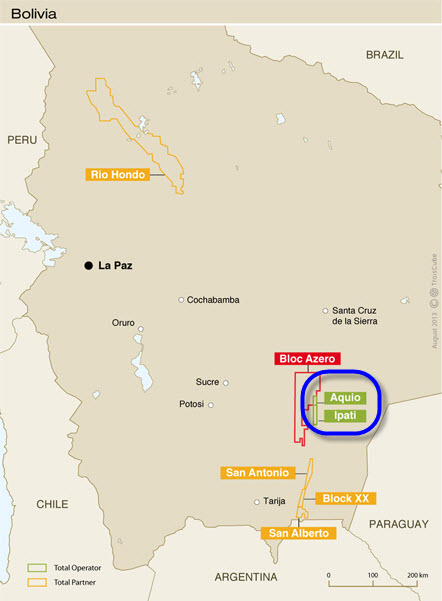 In both cases the development of their domestic resources will take time while the local consumption will continue to grow and will require to increase import from neighboring countries such as Bolivia.

In Bolivia the natural gas fields are trapped in the deep underground of the Andes Mountain Range.

After the successful drilling of the ICS-2 exploration well in the deep underground,  Total and its partners Gazprom and Tecpetrol made the final investment decision to develop the Incahuasi discovery.

The Incahuasi gas field is located in the Ipati Block approximately 250 kilometers southwest of Santa Cruz.

Because of the 6,000 meters depth from the Andean foothills, the Incahuasi reservoir is submitted to high pressure and high temperatures calling for special drilling and production techniques.

Within Incahuasi project, Total and its partners share the working interests such as:

With the experience acquired from the Elgin-Franklin project in the North Sea, Total is providing a unique expertise to operate such deep buried gas field with challenging operating conditions.

Based on this expertise Total is planning to develop Incahuasi with:

– One production well in the Aquio Block

– Export pipelines system for the natural gas and the condensate to Peru and Argentina.

The gas central processing facility should have a capacity of 230 million cubic feet per day (cf/d).

In addition Total is considering additional exploration and appraisal wells in the Aquio and Itapi Blocks for further expansion.

In the first phase, Total and its partners are planning to invest $500 million capital expenditure and the full field development is estimated to require a total of $1 billion investment over the next five years.

On this base and in order to develop the Incahuasi project on fast track, Total and its partners organized a competitive front end engineering and design (FEED).

In the same time as they made the final investment decision, Total and its partners, Gazprom and Tecpetrol de Bolivia awarded the engineering, procurement and construction (EPC) contract to the winner of the competitive FEED in expecting the first commercial operations by 2016.