In selecting the consortium made of  Technip and Samsung Heavy Industries (SHI) for the topsides of its Martin Linge project in Norway, the french international oil company, Total, awarded the main package of this $4.2 billion project.

Lying by 120 meter water depth on the Norwegian Continental Shelf (NCS), the Martin Linge oil and gas field is located half way between the UK Shetland Islands and the Norwegian coast line, 150 kilometer west of Kollness near Bergen.

Previously named Hild, the Martin Linge oil and gas field is developed by a joint venture between: 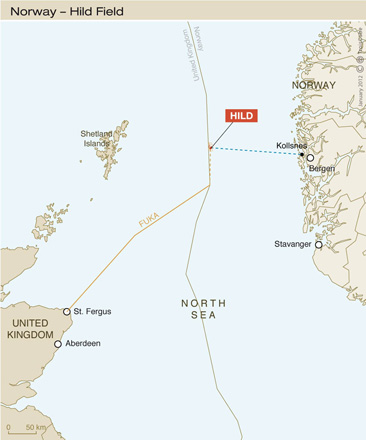 – FSO (floating storage and offloading for oil, water and condensates)

To facilitate the handling of the topsides during the construction and organize separate bids per sub-package, Aker Solutions and Total designed these topsides in three modules:

Technip and SHI, bidding in consortium, have been awarded all the three modules of the topsides for a total amount of $1.25 billion, from which both partners will book respectively:

– Technip ($780 million) is leading the consortium

The contract for these topsides covers the engineering, procurement, construction (EPC), and transportation, hook-up and commissioning on the platform made of an eight legged jacket.

Within the consortium, Technip will perform engineering and procurement from its Paris office, in France with the support from its Chennai office in India and Oslo office in Norway.

Samsung Heavy Industries will execute the construction in South Korea and will be in charge of the transportation for the process and utilities modules.

The living quarter module will be designed and built in Europe.

Previously to the topsides, Total had awarded the most critical packages of the Martin Linge project.

In February 2012, Total had selected Kvaerner for the engineering, procurement, supply, construction (EPSC) contract covering also the load-out and sea-fastening of the jacket and associated piles.

Kvaerner is expected to deliver this eight legged jacket in 2014. 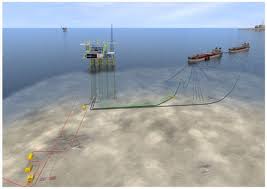 Including the engineering, procurement, construction and installation (EPCI) work, Subsea 7 forecast to begin operations in 2014 for a duration of 4 years.

In December 2012, ABB won from Subsea 7  the subsea  cable to supply Martin Linge platform from the shore.

This electrical solution had been chosen by Total to meet Norwegian requirements on the CO2 emission reduction.

This cable will be the world longest subsea link using alternative current (AC) technology with 162 kilometer.

Designed with 145 kilovolt high voltage three cores and polymeric insulation, the ABB subsea cable will supply 55 MW of electricty to power the production plaform and the associated FSO.

With the topsides packages awarded to Technip and Samsung Heavy Industries, Total and its partners Petoro and Statoil are planning to start production in Martin Linge at the end of 2016.