The facility was planned to be located in Ras Tanura but later cancelled due to technical and financial difficulties.

Then it came to be located about 100km northwest of the Dammam city, in Jubail Industrial City II in Al Sharqiya, Saudi Arabia. 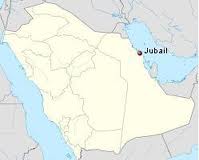 Sadara is expected to deliver annual revenues of approximately $10 billion within a few years of operation.

Dow and Saudi Aramco have planned a total capital expenditure for the project of approximately $20 billion.

Within the joint venture Dow will provide its leading edge technologies and proprietary licenses while Saudi Aramco will brings it experience in managing giant projects in Saudi Arabia and will guaranty the conditions of the feedstock sourcing.

Then Dow and Saudi Aramco will share efforts for the marketing and sales in the domestic market and overseas.

KBR completed FEED and will be the PMC

KBR is one of the few engineering companies which have been pre-qualified by Saudi Aramco to provide engineering services and consultancy work under the General Engineering Services Plus (GES+) initiative. 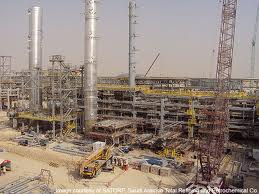 As designed by KBR, the complex will use a mixed cracker in order to use either way ethane or naphtha derived from natural gas liquids (NGLs) and oil as feedstock.

The feedstock will be supplied from the Saudi Aramco Total Refining and Petrochemical Company’s (SATROP) refinery currently under construction in Al-Jubail.

In this context, the Sadara petrochemical complex will possess cost-advantaged flexible cracking capabilities and produce over 3 million t/y of high value-added chemical products and performance plastics.

The fully integrated complex will consist of 26 chemical manufacturing units including a wide range of performance products such as: 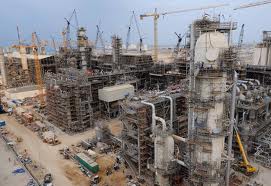 Feedstock for the propylene oxide unit will be supplied by a new hydrogen peroxide plant to be constructed by the 50/50 joint venture of Sadara Chemical and Solvay.

First production units are expected to come on line in the second half of 2015 and the full completion is expected to be up and running in 2016.

The Sadara joint venture is awarding Tecnicas Reunidas a contract for the engineering, procurement and construction (EPC) of three packages:

Home based in Spain, Tecnicas Reunidas (TR), is a general contractor with international activities dedicated to engineering, design and construction of all types of industrial facilities for a wide range of clients worldwide including many National Oil Companies (NOCs). 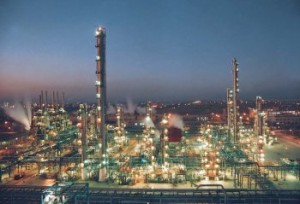 Tecnicas Reunidas is the leader in engineering and construction in the energy sector in Spain and one of the first in Europe in oil and natural gas projects and one of the world’s largest refining sector.

Tecnicas Reunidas has designed and built more than 1000 industrial plants in 50 countries on six continents .

Tecnicas Reunidas has 5,500 employees with a high level of training and experience working with management systems, advanced calculation and design market, based on next-generation tools.

With these three EPC packages awarded to Tecnicas Reunidas, Dow and Saudi Aramco move along the chemical specialties in the implementation of the instrumental Sadara giant project in Saudi Arabia’s strategy to become not only a strategic chemicals and plastics producer, but also a hub for future downstream manufacturing.