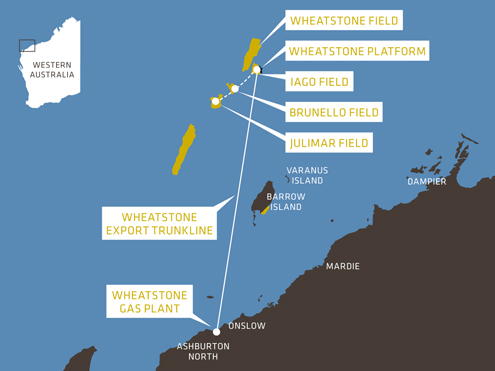 Attached to the WA-356-P block, the Julimar and Brunello are estimated to contain 2.1 trillion cubic feet (tcf) of recoverable reserves of natural gas

Through the agreement signed between Apache, KUFPEC and Chevron,

– KUFPEC owns 35% of the Julimar and Brunello fields

In this first phase of the Wheatstone LNG project, Chevron has already included all the necessary infrastructures for the development of the natural gas fields in the Carnarvon basin with:

– 225 kilometers pipeline from the offshore platform to the onshore facilities 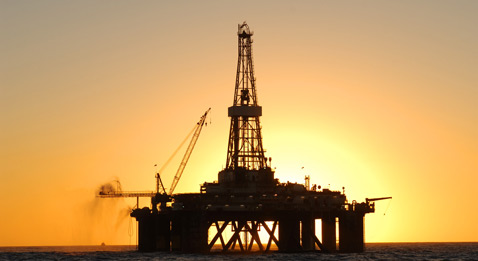 Together with Gorgon LNG, the Wheatstone LNG project is positioning Chevron as one of the largest producer of LNG in Australia.

Benefiting of Chevron Wheatstone infrastructures, Apache and KUFPEC designed the Julimar Development Project (JPD) all subsea to be tied-in the Wheatstone offshore platform.

According to this concept, the gas production wells will be drilled from three drilling centers and two satellites.

These production wells will be connected to subsea manifolds in clusters.

Then the raw natural gas is gathered from the manifolds with intra-field flowlines and tied-in Wheatstone offshore platform with twin production lines.

In February 2012, Apache selected GE Oil and Gas for the project management, engineering and procurement of the subsea equipment. 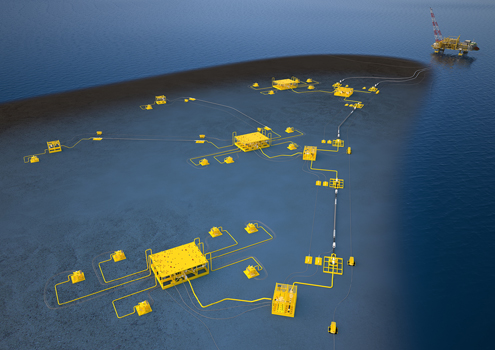 The installation is planned on the beging of 2014 for which Apache selected Subsea 7.

In October 2012, Apache selected Subsea 7 to provide Julimar and Brunello project with offshore services including the transportation, installation, and pre-commissioning of the subsea equipment covering the umbilicals and flowlines, the manifolds and the diverless tie-in spools.

Subsea 7 will execute this $100 million contract from its local office in Perth, Western Australia on first quarter 2014.

Together with Subsea 7 contract, Apache awarded the contracts for the installation of the production pipeline and the umbilical:

With this offshore subsea technology, Apache and KUFPEC, expect to produce:

All the contracts awarded by Apache and KUFPEC to GE Oil and Gas, Subsea 7, Allseas and Oceaneering, represent $650 capital expenditure in subsea equipment and services to tie-in Julimar and Brunello in Chevron Wheatstone LNG, a small amount compared with the cost of a stand alone offshore floating facility.