Statoil and its partners Total and Det norske selected a combination of Daewoo Shipbuilding and Marine Engineering (DSME) from South Korea with the local engineering company Aker Solutions to design and build the topsides of the Dagny offshore platform project in Norway.

Discovered in 1974 within the Norwegian Continental Shelf (NCS) as a natural gas field, Dagny appeared in 2007 through additional exploratory wells in Dagny Øst (formerly Ermintrude) as an oil rich field. 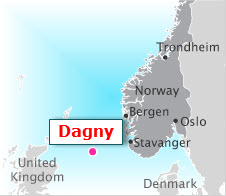 Eirin was discovered in 1978 in the same area at only 9 kilometers of Dagny.

Lying by only 120 meters of water depth in the NCS, and 3500 meters total depth, Dagny is estimated to contain 225 million barrels of oil equivalent (boe) of recoverable reserves.

Still considered in the shallow waters of the NCS at 30 kilometers distance at the north of Sleipner, Statoil and its partners selected the concept of a fixed platform to develop Dagny and Eirin oil and gas fields.

ExxonMobil which used to hold up to 33% of Dagny consolidated interests sold out all its interests to the other partners. 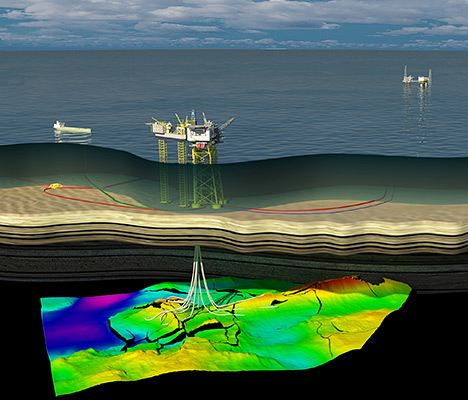 In December 2012, Statoil submitted Dagny‘s Plan for Development and Operation (PDO) to the Ministry of Petroleum and Energy based on a plateau production of:

Statoil is planning to submit the Eirin PDO in 2013 based on subsea template tied-in Dagny.

Based on these numbers, Statoil and its partners are targeting to maintain Dagny and Eirin oil and gas production during 20 years.

With $5 billion capital expenditure budgeted for the joined development of Dagny and Eirin oil and gas fields, Statoil and its partners Total and Det norske have designed the project with:

– Chatered new-build jack-up drilling rig awarded to Maersk in June 2012 for $605 million and under construction in Keppel Fels shipyard in Singapore.

– Fixed platform for oil and gas production and separation in Dagny

– Export pipeline for the natural gas from Dagny to Sleipner platform

– Offloading system for the oil to shuttle tankers.

Since Sleipner and Dagny are part of the large subsea electrical power supply from shore program, Statoil has planned to install only one gas-fired turbine on Dagny for on-board power generation until the electrical connection shall be in place. 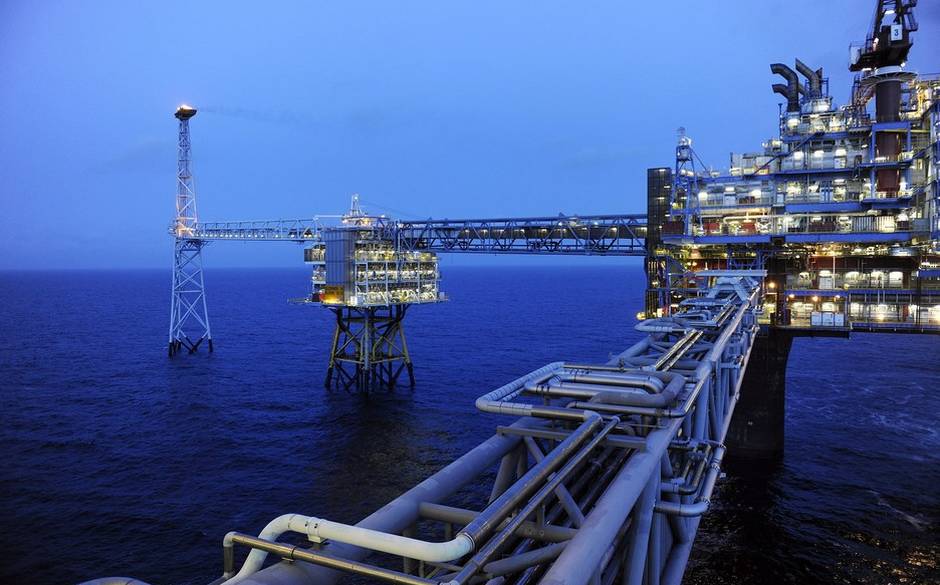 In early February 2013, Statoil and its partners selected the Dutch shipyard Heerema Fabrication (Heerema) for the engineering, procurement and construction (EPC) contract of the fixed jacket for Dagny platform.

Then Daewoo has been awarded Dagny Topside package for $1.1 billion contract for design engineering, procurement and construction (EPC) hook up and commissioning.

From this contract, Daewoo placed a $300 million order to Aker Solutions to perform all the detailed engineering of the processing part of these topsides to weight 17,500 tonnes.

In addition Aker Solutions will handle all the modifications on the Sleipner platform to receive the gas pipeline coming from Dagny.

Currently Daewoo is reviewing the offers for the accommodation module of the Topsides to be awarded soon.

In parallel Statoil and its partners are preparing for the first quarter 2013 the award of the floating storage and offloading (FSO)  unit, marine operations and tie-ins.

With Aker and Daewoo expected to complete their Topside package in 2016, Statoil and its partners Total and Det norske are planning to start commercial operations with Dagny in 2017.