Statoil ASA is a public limited liability company established under the laws of Norway, thus Statoil is subject to the provisions of the Norwegian Public Limited Companies Act.

Statoil has global operations and working interests in 41 countries and territories with a Market Leadership on the Norwegian Continental Shelf NCS.

Founded in as the Norwegian State Oil company in 1972, Statoil got listed on the Oslo and New York stock exchanges in 2001.

In October 2007, Statoil merged with Hydro’s oil and gas division.

The Norwegian state holds 67% of Statoil shares through the Ministry of Petroleum and Energy (MPE).

In addition Statoil is closely monitored and supervised by Petoro AS, the Norway State wholly-owned company in charge of the Norwegian Continental Shelf (NCS) oil and gas assets management.

In their respective role,  Petoro represents the interests of the Norwegian State as the licensee of the NCS oil and gas resources, while Statoil is exploring, developing and producing.

The choice of the oil and gas fields to be developed as well as the technologies selected to proceed are therefore the results of the combined interest of the operator and the long term vision of the Norwegian State representative.

In addition to its strategic and monitoring role on Statoil, Petoro may hold shares in the projects beside Statoil in joint venture with third parties.

Compared with other international oil companies (IOCs), this context leads Statoil to put more gravity to the long term development and to focus on the oil and gas fields in respect with technology development required to optimize all the phases from exploration to production and enhancement programs.

More than an oil and gas companies, Statoil sets itself as an international technology-based energy company with a focus on upstream oil and gas operations.

With projects breaking records in deep offshore or in the Arctic region, Statoil’s vision stands on “Crossing Energy Frontiers”.

– Development and Production in Norway (DPN) 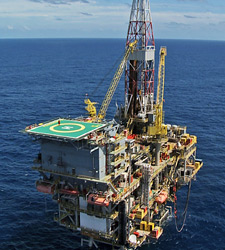 To support its vision of “Crossing Energy Frontiers”, Statoil defined a strategy focusing on upstream technologies, selective on midstream and low carbon applications.

In practice it passes by:

– Building offshore materials business clusters, such as in Gulf of Mexico, Brazil pre-salt, Angola pre-salt, Azerbaijan with projects like Peregrino 2

– Developing into a leading exploration company in Arctic areas, Tanzania, and Indonesia

– Stepping up activities in unconventional resources to reach 12% of Statoil production in 2020 with projects such as Canada Kai Kos and Deh Seh oil sands, Marcellus, Eagle Ford and Bakken shale gas.

– Opening new renewable energy opportunities with projects in offshore winds such as the Hywind floating offshore windmill concept and with the carbon capture and sequestration (CCS) such as in Sleipner, In Salah, and Snovhit.

Statoil leads the world on average recovery rate with 50% in 2011 and is setting a new goal in targeting 60% recovery rate.

2 thoughts on “Statoil in brief”