The Norwegian national oil company (NOC) Statoil and its partners, Lundin from Sweden, Maersk Oil (Maersk) from Denmark, Petoro and Det Norske Oljeselskap (DNO) from Norway, aligned on the concept to develop the first phase of the giant Johan Sverdrup oil and gas field in the Norwegian Continental Shelf (NCS) of the North Sea.

Located approximately 140 kilometers west of Stavanger on the west coast of Norway, Johan Sverdrup is lying by 120 meters of water depth and 1,900 meters total depth.

Considered as one of the largest discovery in the North Sea of the last decades, the Johan Sverdrup full field development will involve three blocks with different partners, working interests and operators: 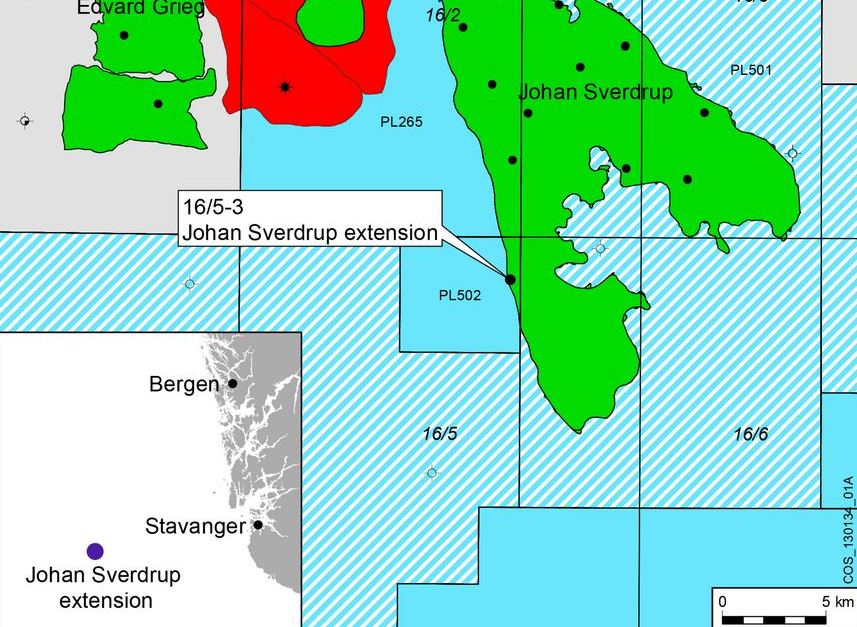 Because of the links between the blocks, the respective operators Statoil and Lundin agreed on the unitization of these blocks where Statoil is acting as overall operator.

Expecting to reach 70% recovery rate, Statoil and its partners, Lundin, Maersk, DNO, and Petoro, have decided to develop Johan Sverdrup in phases.

For Johan Sverdrup Phase-1, Statoil and its partners are selected a concept of a field center with a capacity of 315,000 boe/d and 80 MW electrical power supplied from shore.

With the power supply from shore, Statoil and its partners expect to save 60 to 70% of the greenhouse gas emissions.

The extra costs of this power supply from shore contributed to intense debates between the partners and between politicians at the Norwegian Parliament.

Anyway in the meantime, Statoil and its partners awarded the front end engineering and design (FEED) contract to Aker Solutions.

This FEED contract is part of a 10 years agreement during which Aker Solutions will provide Statoil with engineering services, procurement and management assistance (EPma). 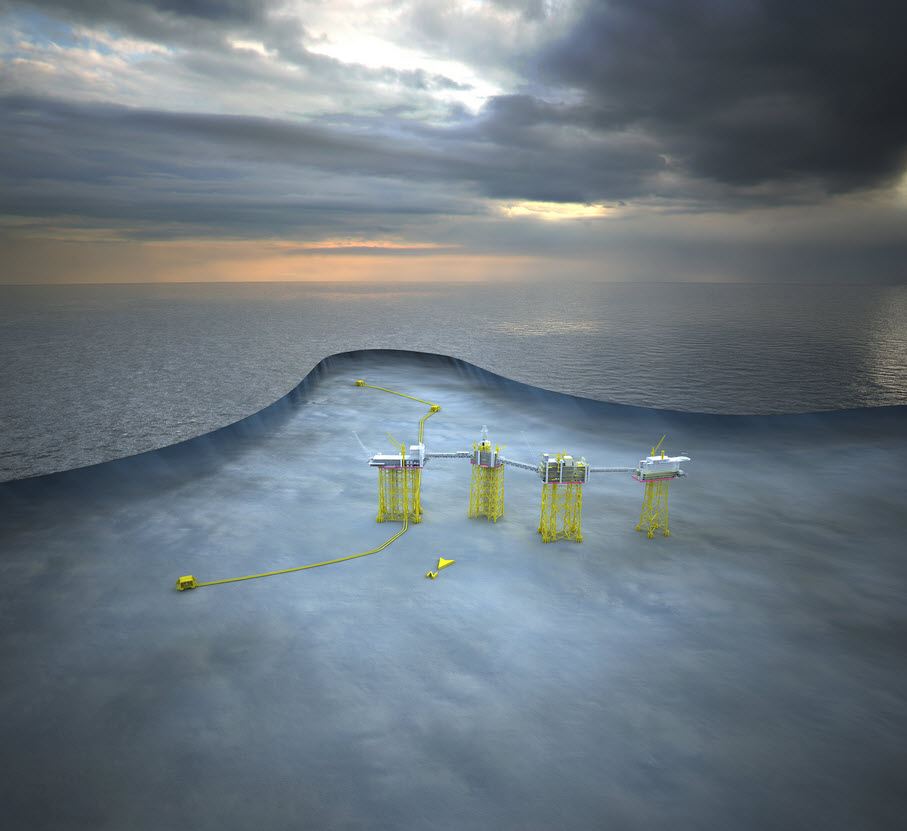 Based on the concept selected by Statoil and its partner, Aker Solutions is designing the Johan Sverdrup Phase-1 project in including four bridge-linked platforms :

The fifth platform that has been considered one time for the power generation has been converted for now into the power from shore solution.

Statoil and its partners are currently qualifying the engineering companies to bid on these platforms to be tendered separately.

For each platform the topsides and jackets will also be tendered separately knowing that the jackets for the drilling platform and the living quarter platform have been awarded to Kvaerner last June.

Even if the engineering companies to bid of the different packages may be different, Statoil and its partners, Maersk, Lundin, Petoro and DNO, are planning to award all contracts before second quarter 2015 for the completion of the $20 billion Johan Sverdrup Phase-1 project by 2019.