Following the successful discoveries of large gas fields in Mozambique, the East Africa coast is delivering its good news to Tanzania with series of positive attempts in exploratory wells.

In 2007, Statoil entered Tanzania to acquire the Block-2 license in partnership with ExxonMobil. 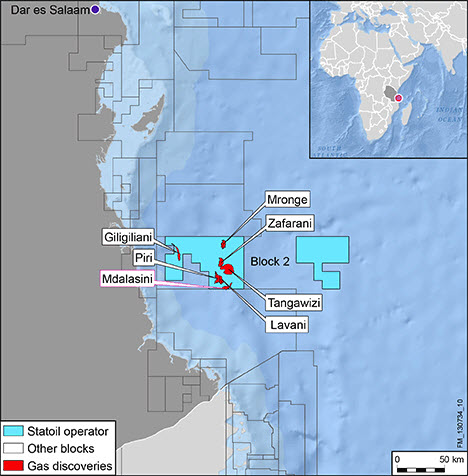 According to this license agreement, Statoil and ExxonMobil share Tanzania Block-2 working interests during the exploration phase in such a way as:

When Statoil and ExxonMobil will decide to turn the Tanzania Block-2 from the exploration phase into the development phase, the NOC Tanzania Petroleum will exercise its 10% working interests.

In February 2012, Statoil started its exploration program in the Tanzania Block-2, drilling series of thirteen wells.

Through these discoveries, Statoil and ExxonMobil accumulated quantities of information to prepare an appraisal program to define where to explore further all the potential upsides of this Tanzania Block-2 before deciding on the most effective conceptual design to develop the project.

The Block-2 is only 50 kilometers from Tanzania coastline, but the reservoir is lying below more than 2,000 water depth. 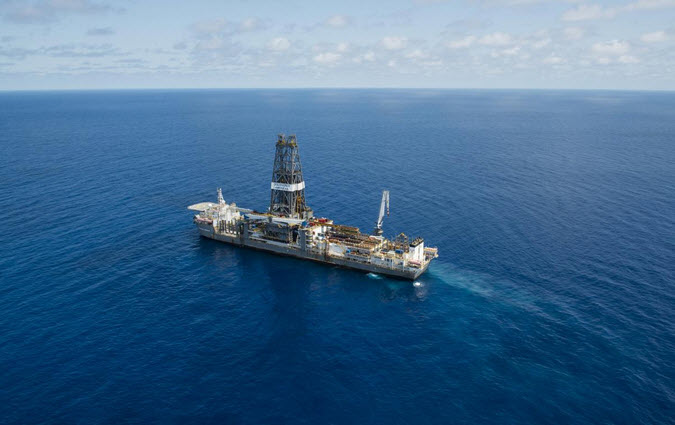 This configuration is very similar to the Norwegian North Sea where Statoil is used to work with the most appropriate technologies.

All the discoveries made in Tanzania Block-2 have a significant size, for the last one, Mdalasini-1, it ranges between 1.0 and 1.8 trillion cubic feet (tcf) of in-place resources of gas.

So far the Tanzania Block-2, is currently estimated to hold 22 tcf of in-place reserves.

From this base, Statoil and +ExxonMobil are far from having covered the entire Tanzania Block-2.

In that respect they plan to take two years more for the final evaluation of the Tanzania Block-2 in-place resources considering that usually each tcf in reserves is required to supply 1 million tonne per year liquefied natural gas (LNG) train.

As we could see in Mozambique where the reserves could be doubled in two years, a similar scenario in Tanzania should have a significant impact on Statoil and ExxonMobil strategy to go for front end engineering and design (FEED) on the offshore and onshore phases of the Tanzania Block-2 project.