During Investors day in London, the major Royal Dutch Shell plc ( Shell) presented last week, its vision on the gas future global market and its strategy to sustain a profitable growth and market leadership in this sector.

Compared with the other major companies, Shell‘s reliance on the gas market is more important with more than 50% of its revenues coming from the gas.

Expecting the gas prices to come up under the pressure of the fast growing demand, the reality has proven so far to be different and therefore questioning Shell focus on the gas market.

Since the years 2000s when Qatar and Russia were concentrating all the attention as to dominate the global natural gas sourcing, the development of the shale gas in USA turned the market upside down in converting the world largest importer country into potential exporter.

Even the decisions of large countries such as Japan and Germany to freeze or stop their nuclear facilities did not manage to restore gas market prices.

In North America the Henry Hub gas prices stabilize at lowest ever levels between $2 and 4 per mmBTU with consequences all over the world.

In this challenging context, Shell‘s exercise is rich of learning and shows how smart positioning and innovation drive profits and market leadership in all circumstances. 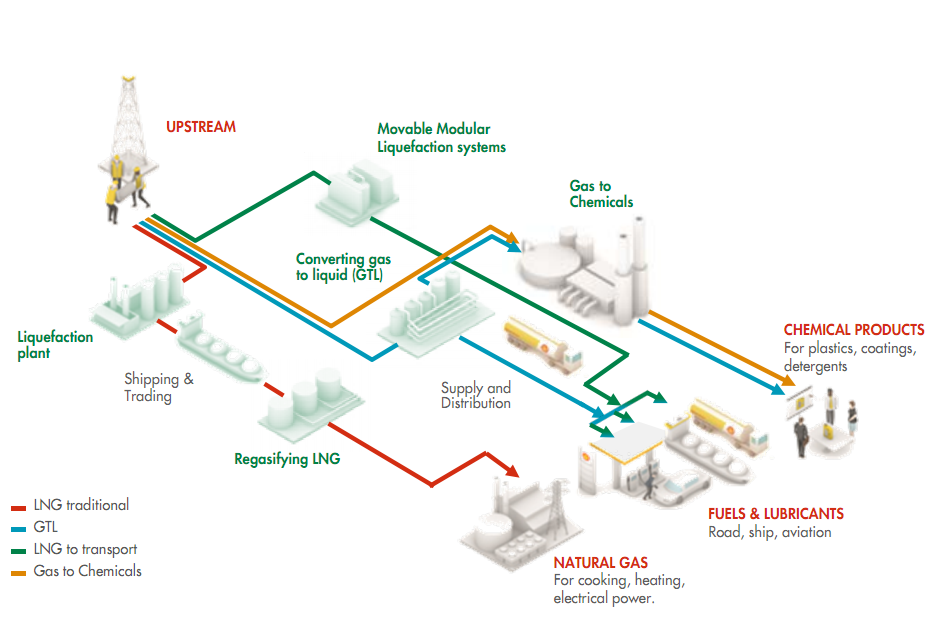 In that respect Shell‘s integrated gas strategy is closer to the national oil and gas companies such as Qatar Petroleum, Petronas or PTTEP working upstream and downstream than the other majors focusing on the upstream. 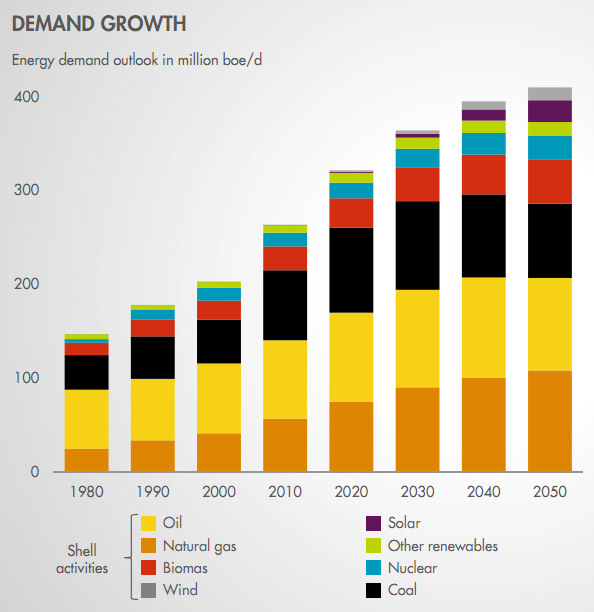 On the last five years, Shell trebled its earnings on this integrated value chain to reach $9 billion in 2011 from the liquefied Natural Gas (LNG) and Gas-To-Liquid (GTL) business, demonstrating how the money left upstream, if any, leveraged the overall profits.

With 250 years of reserves, natural gas is the cleanest fossil fuel for which Shell expects the demand to grow by 60% between 2010 and 2030 to reach 25% of the global primary energy mix and to boost the global needs for LNG.

The production of this quantity of LNG will require $700 billion capital expenditure.

From its actual 22 million t/y of LNG, Shell is currently:

On GTL, Shell is phasing up the Pearl GTL project in Qatar to run at nominal capacity. 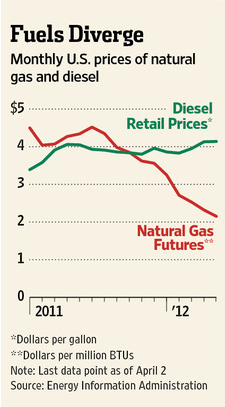 With production cost based on gas prices and revenues indexed on crude oil and derivated diesel fuels and lubricants, Shell is optimizing its $18 billion capital expenditure.

From this unique technical and financial challenge, Shell has built an uncontested market leadership to plan two projects in USA:

– Gas-To-Liquids on the same scale as Pearl GTL, but at lower cost of $10 billion to build margin on the healthy US export of diesel fuels overseas.

In parallel, Shell is launching the first floating LNG (FLNG) vessel with Prelude to pioneer a new era in offshore gas production at low cost compared with classical set up of offshore platform, pipeline and onshore LNG plant.

The gas market might be challenging, Shell has developed a unique portfolio of solutions on shale gas, LNG, FLNG, GTL, GTC, to take advantage of the whole gas integrated value chain.