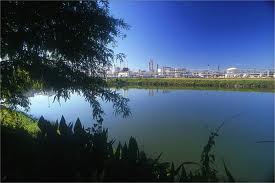 The South African energy and chemicals major Sasol’s board of directors has approved a feasibility study for a possible ethylene cracker and derivatives project at Lake Charles, Louisiana, USA.

The conclusions of this pre-feasibility study confirmed that a world-scale ethane cracker with downstream ethylene-derivative units at the Lake Charles site offered an attractive investment opportunity with a sustainable competitive advantage for Market Leadership.

The rapid development of the shale gas industry in North America and the resulting decoupling of the crude oil and natural gas prices created several opportunities for growth for Sasol in both fuels and petrochemicals.

In particular, the availability of significant volumes of natural gas liquids, and specifically ethane, opened up opportunities in the ethane feedstock area for cracker-based olefins.

Sasol’s proposed US cracker complex would also support its growth plans and deliver on targets to expand its petrochemical businesses.

The project capital expenditure is estimated between $3.5 and $4.5 billion.

The envisaged capacity of the ethylene cracker will be to produce between 1 and 1.4 million t/y.

The feasibility study is scheduled for completion in the second half of 2013.

This project is a way to compensate the lost of production following the decision to close operations in Iran.

As part of the expected deliverables of the project feasibility study, Sasol wants to assess in more detail the technical and commercial viability of such a world-scale ethane cracker and the development of possible strategic partnerships.

In that respect Sasol joins Dow Chemical, Chevron Phillips Chemical, Braskem and Shell, also studying plans to build new crackers in the USA to benefit from low feedstock costs on the back of the shale gas boom. 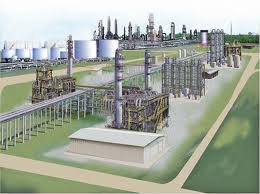 Sasol has chosen the southwestern region of the State of Louisiana, USA, as the site for a planned gas-to-liquids (GTL) facility.

The project is slated to be the first plant in the USA to produce GTL transportation fuels and other products.

Now Sasol intends to unlock the potential of Louisiana’s clean and abundant natural gas resources and contribute to an affordable, reliable and high quality fuel supply for the USA.

GTL fuels are an important part of the energy mix because they can advance energy independence in a way that is both cost-efficient and environmentally friendly.

In addition, unlike other proposed alternatives to conventional petroleum-based fuels, GTL fuel is used in existing vehicles and fuel delivery infrastructure without modifications.

Sasol will embark on a feasibility study to evaluate the viability of a GTL venture in Calcasieu Parish, Louisiana, over the next 18 months.

This GTL plant is planned on the same site as Sasol is already building the first Ethylene Tetramerization unit in Calcasieu Parish.

The plant would take natural gas, largely procured from the nearby Haynesville natural shale formation, and gasify it into syngas, which is a mixture of carbon monoxide and hydrogen.

The on going feasibility study will take 18 months, if it goes according to plan, Sasol will begin construction in 2013 and complete the project, in phases, by 2018.