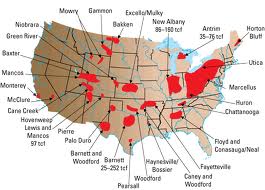 When the USA, led by companies like ExxonMobil or Chesapeake, decided to boost the development of shale gas, the world perceived it as a local matter to help this country to reduce its reliance on overseas production countries.

Then in 2011, the USA have become already self sufficient in gas, much faster than expected.

Until then, shale gas development is still considered as a local topic where a couple of countries like China, India, Poland or Turkey are following the leading USA.

So far these massive investments in shale gas had only an impact on the Upstream activities of the Oil&Gas industry in affecting just the gas market prices between the regions of the world, nearly as usual.

But in 2012 the game is changing dimension in becoming global since USA should become a net exporter of gas and will directly impact the Midstream and Downstream sectors in the near future.

To begin with Midstream, the TransCanada projects to import gas from western Canada to USA are redesigned to change direction toward Asia. Same question arises in Russia with on going gas pipeline projects in the case China would managed to develop its shale gas at the same pace as USA.

Regarding the Downstream activities, the change is already tangible.

With US gas market prices standing durably below $4 per mm BTU, the Petrochemical industry sees there an historical opportunity to relocate their Olefins and Aromatics activities in North America. They benefit from competitive feedstock on supply side and they sit close to the first consumers market in the world on demand side.

All the Major companies like Shell, Dow are studying the construction of ethane crackers in USA for 10 million t/y ethylene capacity representing about 50% of the actual production in Middle East.

In China, Sinopec through its China Petrochemical Corporation (CPC) subsidiary, and Petrochina invested heavily in the petrochemical sector. 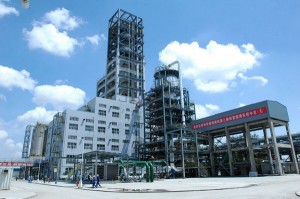 Shenua took the lead of the coal industry to invest in new processes with Sasol, Shell, Dow to convert Coal-To-Liquid (CTL) for gasoline and Coal-To-X (CTX) for Chemical products, such as Olefin, MEG, etc…

So that today China is nearly self sufficient in ethylene.

In these conditions the companies operating in Middle-East or Asia have realized to run toward a fierce competition on their Petrochemical activities and are working on strategic changes.

Best example is Sadara, the $20 billion petrochemical complex for Saudi Aramco and Dow in Saudi Arabia will use a mixed cracker which can accept Naphtha as well as Ethane.

Most of the ethylene projects following in the region will also be mixed.

Even with an ethane price set by the Saudi Authorities at $0.75 per million BTU, the difference with USA is reducing and will affect the series of ethane cracker projects such as PetroRabigh phase 2 in Middle East.

70% of the ethylene produced in Middle East uses ethane as a feedstock and a major part of it, except in Qatar, is a by-product from the oil.

That means for local producers a greater dependence on oil prices in the future for their petrochemical activities, while shale gas will remain disconnected.

In case of Methane and Ethane shortage as feedstock, Middle East companies should not be only exposed on the bulk products.

In addition the use of Naphtha instead of Ethane as feedstock for the production of ethylene is roughly doubling the quantity of by products such as the C4.

That is the reason for Sabic to extend its strategic alliance with Sinopec into polycarbonate, see details, and to invest in a new Technology Center in China, see details. 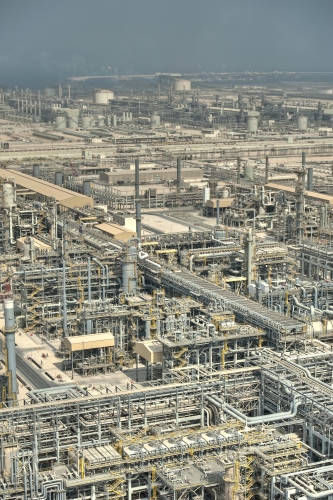 As a result, Sabic expects to reach 30% of it revenues by 2020 from specialties.

In the same way Qatar has put on hold many projects on upstream side but concentrate capital expenditure on the Dowstream side:

– $6.4 billion in the Ras Laffan Olefin for Qatar Petroleum and Shell

– $5 billion in the Ras Laffan Petrochemical complex for Qapco

In parallel, Qatar increased its share in Total equities to 3%, a company well positioned upstream and downstream.

Qatar cannot afford any longer to rely only on LNG export.

In conclusion, the shale gas is boosting the upstream activities and trade balance sheets in USA, but shale gas has now a global impact in Asia and in Middle East, ad along the whole value chain in Midstream and Downstream sectors.

The cash race in capital expenditure to secure cheaper feedstock or get closer to the consumer markets is just starting.

No region will be left out of projects in the next 5 years.