Originally explored and developed by Texaco, Premier Oil and Nippon Oil Exploration (JX NOEX) , the American withdrew in the years 2000s because of the US sanctions against Myanmar.

The Malaysian national oil company Petronas took the operatorship in 2002 and share the working interest where: 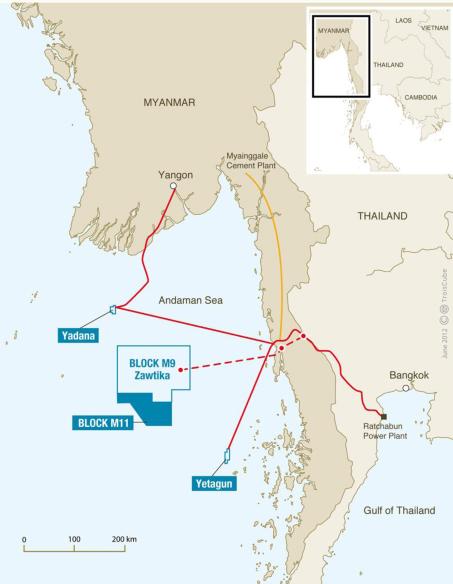 Producing 8,000 to 9,000 b/d of condensate, the Yetagu offshore platform is connected to the shore through a 200 kilometers subsea pipeline plus 50 kilometers onshore pipeline to plug in the existing Yadana pipeline to export gas to Thailand through the Taninthayi pipeline.

The Yetagun expansion project is part of the Myanmar program to revitalize the exploration and production of oil and gas onshore and offshore after the relaxation of the US sanctions.

In September 2012, the French major company Total and the Japanese JX NOEX set partnership with the Thai national oil company PTTEP to take a stake of the offshore block M-11 to produce crude oil, condensate and natural gas. 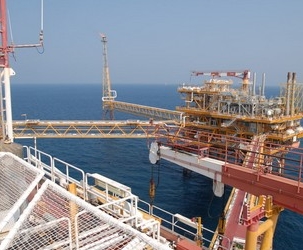 According to the conclusions of FEED work performed by RNZ Integrated, the Yetagun North field development will be based on a 5,000 tonnes satellite platform to be tied-in the existing central processing platform at the Yetagun field.

Located 11 kilometers away, the Yetagu North satellite platform will be connected to the central processing platform through a pipeline system.

The condensateof the wet gas produced from the field is dehydrated at the existing Yetagun-B wellhead platform before being exported to Thailand.

The condensate is transferred to a floating storage and offloading (FPSO) vessel moored at the field.

Since RNZ Integrated completed the FEED work, Petronas organized the call for tender for the engineering, procurement and construction (EPC) contract of the satellite platform.

Estimated to require $120 million capital expenditure, Petronas in planning to award the EPC contract on a lump sum tunrkey basis.

These companies had to return their technical and commercial offer by October 22 nd since Petronas is expecting to make the final investment decision (FID)and award the EPC contract at the end of 2012 or on early 2013.

In the EPC contract, Petronas included:

– Detailed engineering and design of the new wellhead platform

– Construction and installation of the platform

– Installation and connection of the associated pipelines 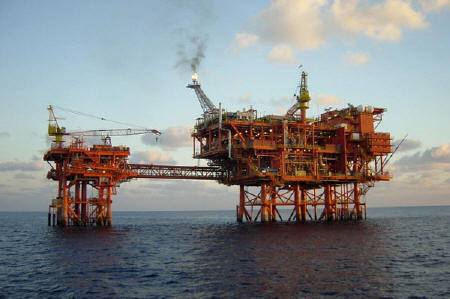 With this Yetagu North expansion plaform, Petronas expects to increase the production by 70 million cf/d of natural gas to compensate the depletion of the Yetagu main gas field foreseen in 2014.

With the addition of the Yetagu North satellite platform, Petronas is targeting its contractual commitment to maintain the plateau production of 400 million cf/d.

In respect with the actual time frame, Petronas is targeting the instalation of the Yetagu North expansion platform offshore Myanmar at the end of 2014, or beginning 2015.