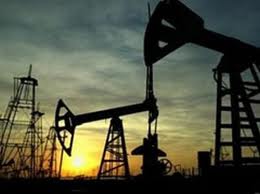 Discovered in the early 1900s with original oil in place of approximately 6.8 billion barrels, the Panuco oil fields have about 1,600 wells of which around 200 are currently producing a total of approximately 1,500 b/d of oil.

In August 2011, Petrofac was already awarded two integrated services contracts by PEMEX to develop the Magallanes and Santuario blocks in central Mexico.

Petrofac completed transition and assumed operational responsibility for the blocks on 1 February 2012.

In order to boost production at mature fields in its northern region, Pemex organized auctions to award integrated production service contracts for the expansion of the fields Altamira, Arenque, Atun, Panuco, San Andres and Tierra Blanca.

The areas may hold up to 1.7 billion barrels of oil equivalent (BOE).

Petrofac and Schlumberger will develop the fields jointly with Petrofac as the lead Operator.

This integrated service contract was proposed for a period of 30 years, to be signed in late August, with the start-up of field operations expected in the first half of 2013. 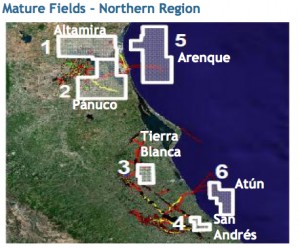 Per the integrated service contract, the companies will deliver oil to Pemex in exchange of a per-barrel production fee as well as incentives for production beyond a certain level.

These integrated contracts were intended to augment capital expenditure in the oil sector and increase the declining production.

In that respect Petrofac, as operator of the field, committed an initial investment of about $17.5 million capital expenditure for the first two years on the Panuco fields.

Then on the following 28 years, Petrofac and Schlumberger will engaged capital expenditure on a per barrel basis, depending on the quantum of remaining undeveloped 2P reserves.

Petrofac will be payed back for 75% of its development expenditure through a cost recovery mechanism and receive a tariff for each barrel of incremental production.

Schlumberger has principal offices in Paris-France, Houston-Texas and The Hague-The Netherlands and reported revenues of $39.54 billion in 2011.

Schlumberger employ over 113,000 people of more than 140 nationalities working in approximately 85 countries.

UK based, Petrofac is a leading provider of oil field services to the international oil and gas industry.

Petrofac‘s expertise is to unlock the potential of operating companies assets; on and offshore, new and old.

After 30-year track record Petrofac has grown significantly to become a constituent of the FTSE 100 Index with 31 offices in the world and some 16,500 employees, comprising more than 80 nationalities.

Through these divisions Petrofac designs and builds oil and gas facilities; operates, maintains and manages facilities and trains personnel; enhances production; and, where it can leverage its service capability, develops and co-invests in upstream and infrastructure projects.

Petrofac aims at doubling its 2010 recurring income by 2015, this PEMEX integrated service contract should help them to meet this target.

The new alliance in integrated services contracts between Petrofac and Schlumberger not only demonstrates the complementary skill sets and proven execution capability to maximize the potential of these  maturing Panuco oil fields for PEMEX, but also the strong and longstanding commitment to take Market Leadership for future growth in margin and market share into Mexico.