The India state-owned company Oil and Natural Gas Corporation (ONGC) is on the way to award the contract to perform the pre-front end engineering and design (pre-FEED) work for the development of the KG-DWN-98/2 project in the deep water of the Krishna Gadavari (KG) Basin offshore the Andhra Pradesh coast at the northeast of India.

Adjacent to the prolific KG-DWN-98/3, known as KG-D6 Block, operated by Reliance Indusries Limited (RIL) and BP, the KG-DWN-98/2 Block is finally reaching the development phase with the national oil company (NOC) ONGC acting on its own. 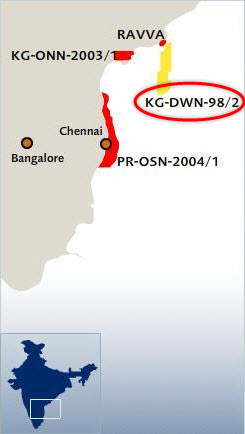 Taken over from the Scotland-based Cairn Energy (Cairn) in the year 2005, the KG-DWN-98/2 Block appeared very early promising for its gas resources but took longer time to ONGC to evaluate liquids reserves especially in crude oil.

Because of the size and complexity of the field located approximately 200 kilometers from Vishakhapatnam by water depth ranging from 300 meters to 3,000 meters in the Bay of Bengal, the KG-DWM-98/2 Block has been divided in two areas to undertake its exploration.

In the Northern Discovery Area (NDA), ONGC achieved eight successful drillings in the Annapurna, Kanakadurga, Padmawati, A, E, D/KT, U and W wells in water depth between 600 and 1,300 meters.

Regarding the Southern Discovery Area, the exploration appeared much more challenging because of the ultra deep water of 2,800 meters to hit oil and gas in UD-1 discovery.

From its first discoveries, ONGC declared the KG-DWM-98/2 commercially viable in 2009 and 2010 and has been expecting to set joint venture with international oil companies (IOCs) to provide support in this large but highly technical development.

Contacts were made and memorandum of understanding (MOU) were signed with Shell, Statoil, ConocoPhillips and Petrobras, but none of them could come to production sharing agreements (PSA) mostly due to the unbalance between the project size or risks and its potential pay-back limited by India market prices driven by Government Decree to $7 per million btu. 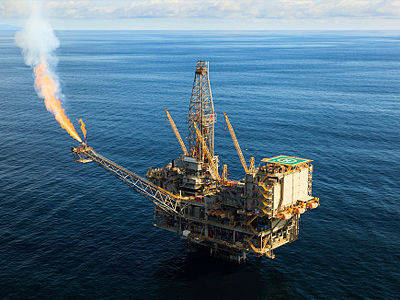 The KG-DWM-98/2 Block is estimated to hold 900 million barrels of crude oil and 3 trillion cubic feet (tcf) of natural gas out of which ONGC expects 20% to be recoverable reserves.

With nearly 200 million additional reserves the KG-DWM-98/2 Block contributes significantly to increase India proven reserves in a context where its domestic demand is about to double by 2030.

Considering that the oil and gas production stood flat of the last years because of too many old fields declining, ONGC cannot wait any longer and has decided to move forward in the development of the KG-DWM-98/2 Block.

Without the support of foreign operating company, ONGC is going to rely on the expertise of the engineering companies to provide the most effective concept to develop the KG-DWM-98/2 project with an investment estimated to $9 billion capital expenditure.

In respect with the fast track vision expressed by ONGC to develop this KG-DWM-98/2 project, it appears most likely that the winner of the pre-FEED on mid-2014 will also be awarded the FEED contract on early 2015 so that the engineering, procurement and construction (EPC) contract should into completion by 2018.