In 2013, shortly after that Norway had weighted its tax policy on oil and gas companies operating in the Norwegian North Sea, UK did the opposite and released a new tax regulation to encourage companies to explore more challenging deep offshore resources on the UK side of the same North Sea.

But in both cases, all the companies operating in the North Sea have decided to re-assess the commercial viability of their projects facing a similar situation to Australia about one year ago. 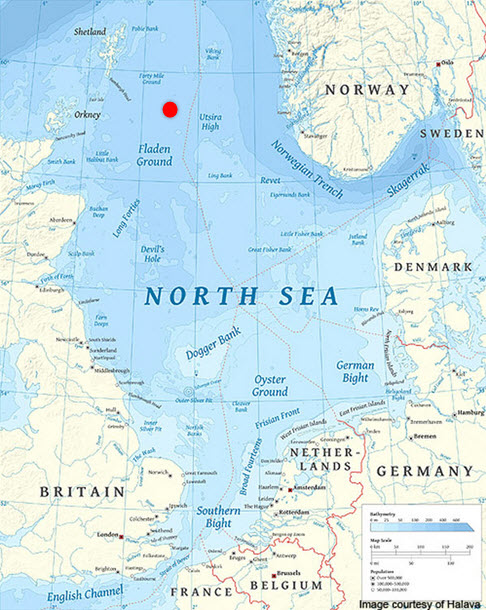 At that time the US gas prices had put a question mark on the multi $billion capital expenditure projects to export liquefied natural gas (LNG) to Asia.

But the recent development of the shale oil in USA is rising the same question to the giant projects planned by Chevron, Eni, Lundin, Statoil, Total, Wintershall in the North Sea.

Anyway despite these costs challenges, these companies should proceed after some adjustments since a part of these expenses are related to the introduction of new technologies and more advanced solutions.

These technology steps start with the deep offshore conditions, the remote monitoring and control, the power supply from shore through an extensive electrical subsea network for transportation and distribution.

They also include sophisticated water treatment processes and chemical facilities to prepare the perfect mixture to be injected in the wells to improve the recovery rates of the oil and gas reservoirs.

Currently in the North Sea the companies like, Chevron, Eni, Statoil, Shell or Total are targeting recovery rates somewhere between 65% and 70%.

This performances has a cost that will find its pay back in the North Sea along a extended period of production, up to 30 years and everywhere else in the world where the same challenges are waiting for these most advanced solutions.

More than ever, even if Chevron, Eni, Lundin, Shell, Statoil or Total face some hurdles, the North Sea will remain the safest place to explore and operate, thus to develop new technologies and sustain their market leadership.

Statoil and Lundin to award FEED on Johan Sverdrup

Statoil from Norway, Lundin Petroleum (Lundin) from Sweden, and their respective partners, Maersk Oil (Maersk) from Denmark, Det Norske from Norway, and Petoro from Norway, are reaching the final stage of decision to award the front end engineering and design (FEED) contract to develop the giant oil field Johan Sverdrup, on the Norwegian continental shelf (NCS).

The Norwegian company Statoil and its partners, GDF-Suez from France, E.ON from Germany, Faroe Petroleum (Faroe) from UK, and VNG Norge from Norway, are currently investigating several alternatives to extend the lifetime of the Njord field for additional twenty years.

The Scottish joint venture made of Aberdeen-based EnQuest and First Oil plc ( First Oil) companies together with the Edinburgh-registered Cairn Energy plc (Cairn) have issued a letter of interim agreement (LOIA) to the Malaysian engineering companyBumi Armada (Bumi) for the design and construction of the Kraken floating production, storage and offloading (FPSO) vessel to be moored in the East Shetland Basin of the North Sea.

Since the Skrugard and Havis project has been renamed as Johan Castberg, some significant changes have happened to justify Statoil from Norway and its partners, Eni from Italy and Petoro from Norway, to rethink the conceptual design of the project into a floating, production, storage and offloading (FPSO) vessel.