Oxy and QP to call for tender ISND expansion contracts

Since 1994, Oxy is cooperating with QP to explore and develop the ISND oil and gas field located 87 kilometers east of Doha in Qatar by only 35 meters of water depth. 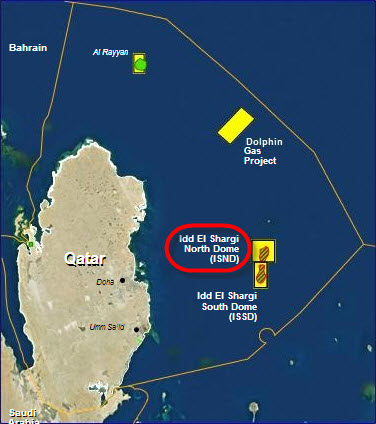 This ISND had been discovered by Shell in 1960 and then developed in using vertical wells.

Because its low permeability the reservoir turned down into depletion.

With these conventional techniques the production from ISND falled down to 20,000 barrels of oil equivalent per day (boe/d) in 1994.

After signing a Development and Production Sharing Agreement (DPSA) with the State of Qatar in 1994, Oxy took the operatorship of the ISND project and introduced horizontal drilling with the deployment of multiple laterals around a single well.

With the assistance of water injection Oxy managed to stop the depletion of the field and through the previous four phases of development to restore partly the plateau production from the ISND oil and gas field.

From its first successes, Oxy was awarded in 1997 the operator role in the neighboring Idd el-Shargi South Dome (ISSD) field.

In 2011, Oxy implemented the fourth phase of the ISND development to delineate and postpone the depletion of mature reservoirs.

From the experience acquired in the most efficient enhancement oil recovery (EOR) techniques to restore production in these fields, Oxy and QP have decided to take a leap in the development of the Idd el-Shargi North Dome in targeting a plateau production of 100,000 b/d over the next 6 years.

Oxy and QP to tender six packages for ISND Phase-5

In 2008, the ISND and ISSD fields were estimated to contain 150 million boe of reserves, with this Phase-5 of the ISND, Oxy and QP are expecting to reevaluate these reserves upward significantly.

Oxy and QP prepared the call for tender for this Idd el-Shargi North Dome expansion project around the following packages:

In addition to the Singapore contractors who supplied platforms for the ISND previous phases, Oxy and QP expect the US McDermott, the South Korean Hyundai Heavy Industries, Samsung Heavy Industries, the Indian Larsen and Toubro and the regional National Petroleum Construction Company (NPCC) to submit quotations for this ISND Phase-5 project.