On the same week, Cairn Energy (Cairn) announced to sign a Farm-in Agreement for offshore exploration and production while San Leon Energy (San Leon) extended its oil shale onshore acreage, both in Morocco. 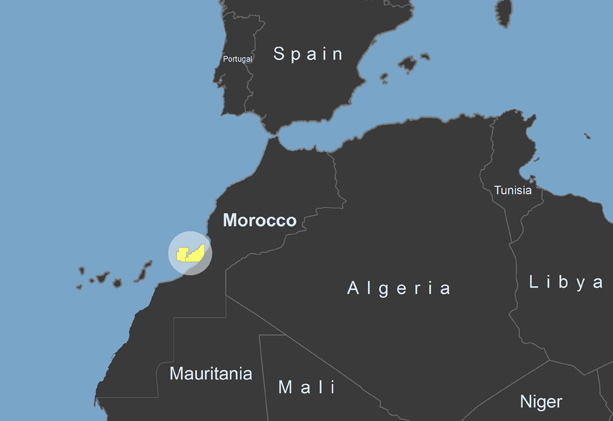 These moves reflects the potential of resources and the momentum taken by Morocco in oil and gas exploration and production.

Neighboring the gas-rich Algeria, the Kingdom of Morocco is also known to host significant oil and gas resources offshore and onshore, conventional and uncoventional.

Since then the previous King Hassan II was not enthusiastic about developing its oil and gas resources as he had more ambition for his Kingdom than just becoming an oil and gas exporting country.

As a result, Morocco imports about 90% of its energy needs in oil and gas.

When his son, King Mohammed VI took it over in 1999, Morocco‘s policy changed slightly toward more pragmatism in considering the oil and gas resources as an engine for economical industrial and social development.

Still today Morocco oil and gas reserves remained unexplored with a very low density of wells having been drilled onshore and offshore, less than 1000 in 2011.

In 2010 Morocco was producing:

with proven reserves of conventional oil and gas estimated to:

All the resources in Morocco are managed by the Office National des Hydrocarbures et des Mines (ONHYM). 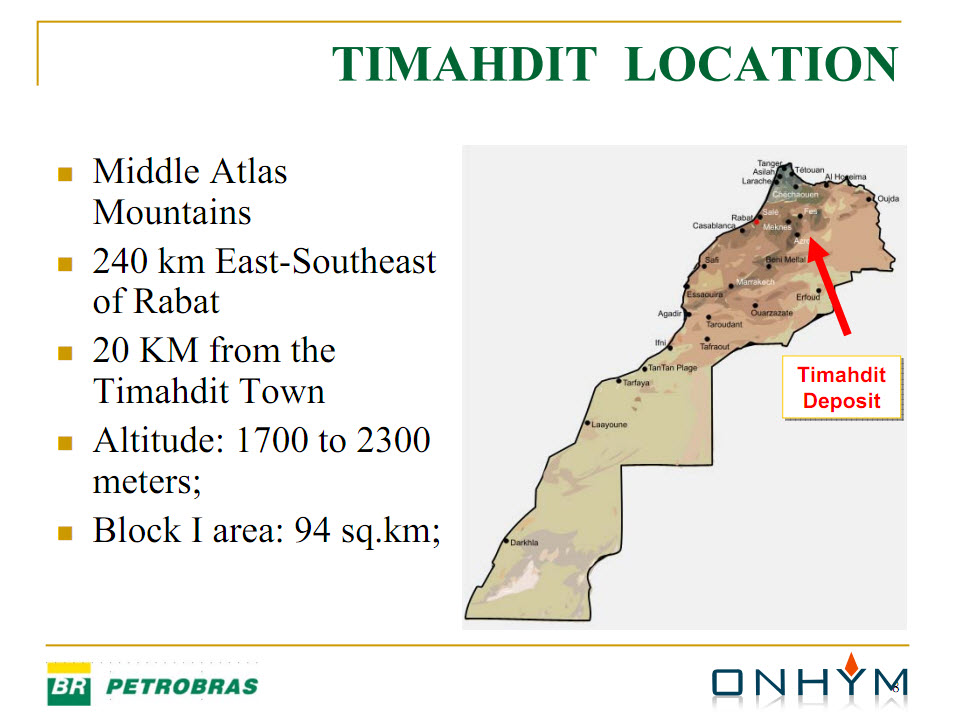 Two of the oil shale  deposits are already in exploration phases, Timahdit by Petrobras and Tarfaya by San Leon.

Since the publication of a new regulation in 2005 for the oil shale in Morocco, Petrobras started the exploration and development of Timahdit in different phases.

Through the state owned ONHYM, Morocco owns 25% of the working interests in oil and gas fields development.

Then ONHYM collects royalties of 5% on gas and 10% on oil.

Tarfaya deposit is located at the southwesternmost Morocco along the Mauritania frontier and contains about 86 billion tonnes of oil shale reserves.

San Leon acquired the first acreages in 2009 and signed a Memorandum of Understanding (MOU) with the ONHYM to develop Tarfaya  with its dedicated In Situ Vapor Extraction process (IVE Technology). 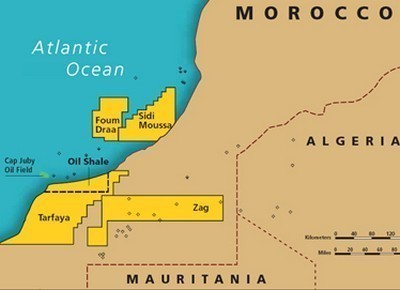 From the first results on its Tarfaya acreage, San Leon is willing to increase its footprint in this oil shale deposit.

In August,  San Leon and ONHYM extended their MOU to:

– Include the application of ex-situ technology (retort process)

In combining in-situ and ex-situ technologies, San Leon and ONHYM expects to boost the production of oil shale from the prolific Tarfaya deposit.

Cairn Energy completed this agreement with San Leon by Farm-in Agreements signed with Serica Energy and Longreach Oil and Gas.

As a result, the working interests in Foum Draa are shared between: 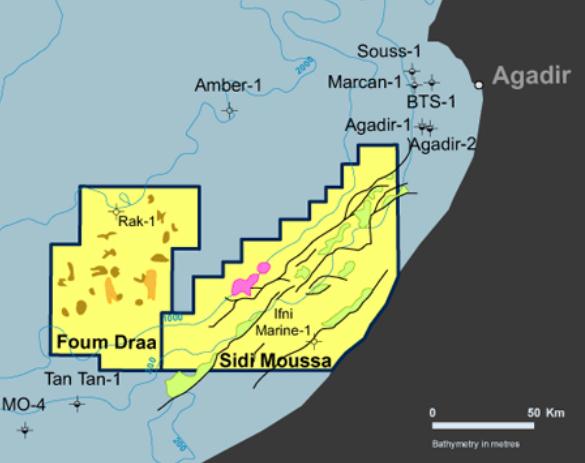 With an attractive regulation and the first results of the foreign companies such as Cairn Energy, Circle oil, Dana Petroleum, Genel Energy, Kosmos, Petro-Canada (Suncor), Repsol, RWE, San Leon, TransAtlantic, pioneering its offshore and onshore exploration production, Morocco may expect to reduce its reliance on energy imports to become energy self-dependent as most of the African countries.