Kuwait National Petroleum Company (KNPC) has pre-qualified the engineering companies to be invited to bid (ITB) for the engineering, procurement and construction (EPC) contract of the fifth gas processing train to be added at the Mina Al-Ahmadi Refinery on the coast line of the Kuwait State.

This pre-qualification process of the engineering companies had been initiated in November 2012 with a submission date on January 2013.

This short period of time left to potential bidders had left impression that Mina Al-Ahmadi Fifth Train project could move on fast track regardless the challenges of $35 billion capital expenditure to be engaged separately by KNPC through its giant Clean Fuel Project (CFP)and New Refinery Project (NRP).

But the new rules implemented by Kuwait Central Tenders Committee (CTC) affected all the projects regarding the tendering process lead time in perspective to improve clarity and facilitate projects sanctions to come into execution in following.

Located 45 kilometers south of Kuwait City along the Arabic Gulf, the Mina Al-Ahmadi (MAA) refinery started operations in 1949 with only 25,000 barrels per day (b/d) capacity.

Since then , KNPC took it over in 1980 and, as part of its mission to develop Kuwait capacities for the refining of crude oil and liquefaction of associated gases, KNPC proceeded to several expansions.

The next expansion of the Mina Al-Ahmadi refinery is now one of the major package of the $16 billion capital expenditure Clean Fuels Project.

In parallel to this CFP project to increase the refining capacities of crude oil, KNPC is also planning to add new gas processing facilities with the Mina Al-Ahmadi Fifth Train project.

Since 1978, three trains are running at the MAA refinery for the liquefaction of petroleum gas (LPG).

With a total capacity of 1,680 million cubic feet per day (cf/d) these trains extract the propane, butane and gasoline from the sweet gas and condensate associated to the crude oil production.

After building a fourth train, KNPC is now planning to add a fifth train.

In 2011, KNPC had awarded the front end engineering and design (FEED) contract to Amec together with the project management consultancy (PMC) contract for the construction of this fifth train.

According to this FEED work, the Mina Al-Ahmadi Fifth Train will include: 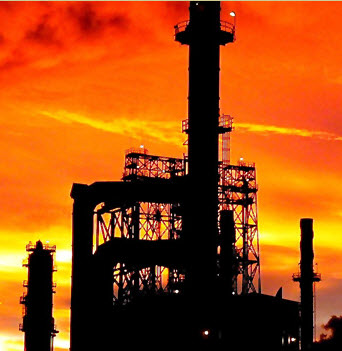 Estimated to require $1.5 billion capital expenditure, Mina Al-Ahmadi Fifth Train should have the capacity of:

KNPC and Amec pre-qualified eight engineering companies that should be invited to bid in 2014 in expecting the Mina Al-Ahmadi Fifth Train project to come on stream in 2017.