The Singapore-based KrisEnergy Ltd (KrisEnergy) and its partners, Awe Ltd (Awe) from Australia, and the local Satria Group companies PT Satria Energindo and PT Satria Wijayakusuma have decided to move into the front end engineering and design (FEED) phase for the development of the Lengo project within the Bulu licensed block offshore East Java in Indonesia.

As offshore upstream project, Lengo as many other fields development in the region, illustrates how much the lowering gas prices do not affect local projects offering immediate monetization opportunities in countries willing to promote their downstream activities in the petrochemical sector.

In that respect, KrisEnergy is registered in Singapore to focus on developing oil and gas fields in Southeast Asia. 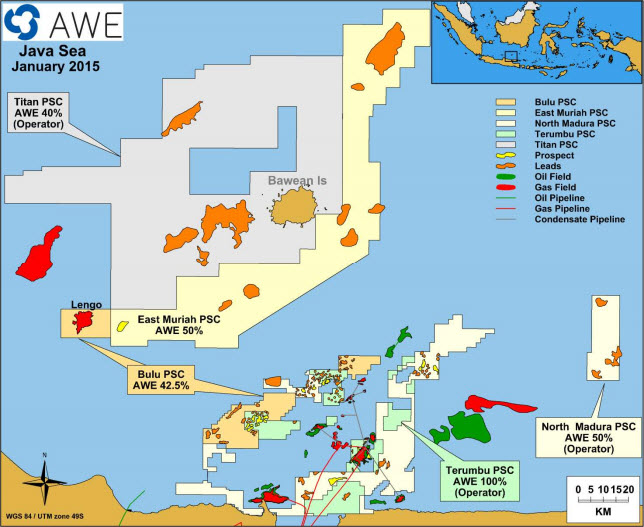 In the same way, Awe is running on the similar path out of Australia with additional interests in the US shale gas.

KrisEnergy and Awe share the working interests with the local Satria Group in the Bulu Production Sharing Contract (PSC) as following:

In December 2014, KrisEnergy and its partners Awe and Satria Group, received the approval from Indonesia Government for Lengo plan of development (POD) as part of its Bulu PSC.

Lying in shallow water of 50 to 60 meters depth, the Bulu PSC includes three separate areas Bulu A, Bulu B and bulu C. 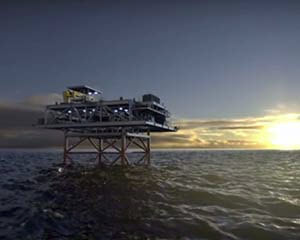 In addition to Bulu PSC, KrisEnergy is operating the adjacent East Muriah PSC on the east side and the Sakti PSC.

Within Muriah PSC, KrisEnergy made already the East Lengo discovery that can be tied-back to Lengo on due time.

In respect with the potential reserves still undeveloped in the different production sharing contract offshore East Java, KrisEnergy is considering to design and build the Lengo project as a hub to support further expansions gathering the multiple gas fields in the area.

Located in the Bulu A area, the Lengo discovery will be the pivot of the first phase of the Bulu PSC project.

In this perspective KrisEnergy and its partners made their decision on the conceptual design such as submitted to Indonesia Government based on:

At plateau production, KrisEnergy is targeting a production of 70 million cubic feet per day (cf/d) of gas.

In beginning Lengo project FEED work in 2015, KrisEnergy and its partners Awe and Satria Group is expecting to make the final investment decision (FID) in 2016 for a first production out of Bulu gas field development offshore East Java in Indonesia by 2019.