The Masela Block of the Abadi FLNG project is covering 3,221 square kilometers by water depth between 300 and 1,000 meters. 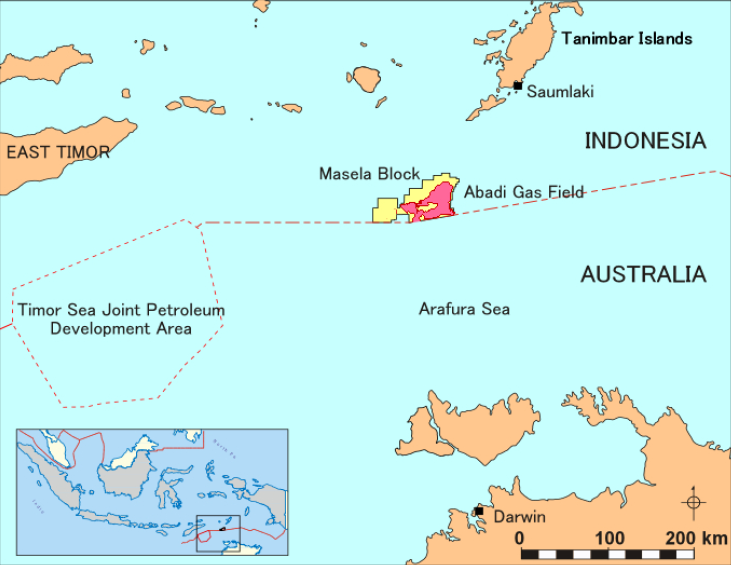 In 1998, Inpex acquired 100% of the permit and started exploration in following.

The field was discovered in 2000 and the recoverable reserves of non-associated gas were estimated sufficient to produce 2.5 million t/y of liquefied natural gas (LNG) during 30 years.

In 2010, the Indonesian Government approved the program of development for the first phase (POD-1) of the Masela Block based on a FLNG concept.

In December 2011 and on early 2012,  Shell had acquired 30% shares in the Abadi FLNG project and in opposite way, Inpex bought 17.5% stake from  Shell in the pioneering Prelude FLNG project offshore Western Australia.

In respect with these crossed participation, the working interests in the Abadi FLNG project stand by:

From the conceptual study and the POD-1 approved by the Indonesian Government, the Abadi FLNG project will produce

Because of the size of the field the development of the Masela Block Inpex and its partners are still working on the exploration of the field with two or three appraisal wells and one exploration well being performed on first half 2013.

This exploratory work will help to define requirements for the large SURF package including the Sub-sea production system, Umbilicals, Risers and Flowlines.

Three engineering companies were in competition for the FEED contract of the SURF package.

In November 2012, Inpex and its partner  Shell and PT EMP Energi selected JP Kenny from the Wood Group to perform the FEED work of the SURF package.

According to the terms of the contract, Inpex and Shell expect this subsea FEED task to be completed at the end of 2013.

JCG and Saipem head to head in Abadi FLNG FEED

In parallel to the SURF FEED evaluation, Inpex and  Shell had qualified three teams for the master piece of the project with the FLNG unit.

In January 2013, they awarded two FEED contracts to put in competition two teams of engineering companies led respectively by JGC from Japan and Saipem from Italy.

– JGC is teaming up with Technip from France, both with the support of their Indonesian office, and with Modec Inc. from Japan

– Saipem is leading Chiyoda from Japan, the local PT Tripatra Engineering and PT Rekayasa Industri, and SBM Inc. from The Netherlands

In respect with the principle of competitive FEED, the two teams are expected to propose the best compromise between performances and costs in using their own technology since qualified by Inpex and Shell at the previous stage. 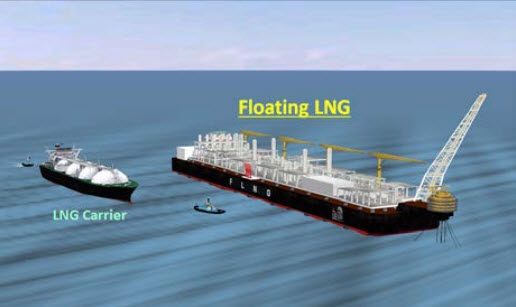 In conclusion of their FEED, the contenders will submit the price at which they are willing to commit on the engineering, procurement and construction (EPC) contract for this Abadi FLNG project.

The winner of FEED between JGC and Saipem teams will automatically get EPC contract saving one year of bidding process for the project.

So even if the competitive FEED is more expensive at FEED stage it can generate major savings on the total cost of the project in reducing the whole project time frame.

In addition, in this particular case, the competitive FEED gives the opportunity to Inpex to evaluate Shell expertise in FLNG in front of third parties technology.

In this context, Inpex and its partners  Shell and PT EMP Energi decided to adjust the dates for the final investment decision (FID) and start-up of the Abadi FLNG project on the Masela Block only at the conclusion of the competitive FEED between JGC‘s team and Saipem‘s group.