Calgary-based Husky Energy (Husky) and its partners, the state-owned China National Offshore Oil Corporation (CNOOC) and the independent Singapore-registered Samudra Energy (Samudra) are proceeding to the qualification of the engineering companies and shipyard to be invited to bid (ITB) for the construction of the floating production unit (FPU) to be moored in the Madura Strait of Indonesia offshore East Java to develop the MDA-MBH fields.

These MDA and MBH liquid-rich gas fields belongs to the series of discoveries unveiled by Husky since it started the exploration and production of this Madura Block in Indonesia. 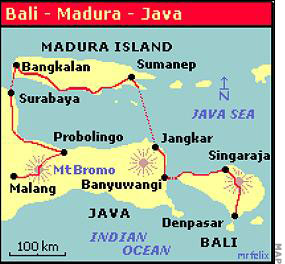 Husky signed its first production sharing agreement (PSA) with the Indonesian Government in 1982 and drilled the first wells in 1984.

Because of the number of fields and size of the potential reserves, Husky signed deal with CNOOC and then with Samudra.

Madura block is located in the Madura Strait, 200 kilometers from Surabaya in East Java

Today these companies share the working interests in Madura in such a way that:

In 2010, Husky and the Indonesian Government renewed the PSA for a second period of 20 years.

Husky and CNOOC to develop Madura in phases

Because of the size of the Madura block, Husky and its partners decided to phase up the development of the different fields in beginning with Madura BD.

Husky awarded the floating, production, storage and offloading (FPSO) vessel and welhead platform construction on the first half of 2014 in expecting the first production to start on early 2017.

After this major step forward, Husky, CNOOC and Samudra are still moving ahead in preparing Madura phase-2 with the development of the MDA and MBH fields.

From the front end engineering and design (FEED) performed by CNOOC, Husky and its partners are intending to use a floating production unit (FPU) and two fields dedicated wellheads platform. 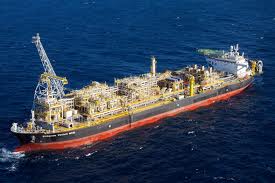 Designed to treat up to 175 million cubic feet per day (cf/d) of natural gas, the Madura MDA-MBH FPU will be fed by:

In the first phase Husky and its partners invested $1 billion capital expenditure.

For this Madura phase-2 Husky is planning to spend $375 million additional.

Therefore the qualification of the engineering companies and shipyards will assess the capability of the contenders to respect this constraint as well as to meet Husky technical requirements and process performances.

Husky, CNOOC and Samudra are planning to sanction this FPU contract on early 2015.

Considering the good quality of the natural gas liquids (NGL) held in the Madura gas fields, Husky, CNOOC and Samudra are targeting to produce 17,000 barrels of oil equivalent per day (boe/d) from Madura BD, MDA and MBH fields.

In addition, Husky and its partners made five more discoveries named MAX, MBF, MBJ MCA and MDK that should be developed in following Madura next phases in the 2020s years.

For Madura Phase-3, Husky is planning to development of the MCA and MDK gas fields.

To save time and costs, Husky, CNOOC and Samudra have given preference to the conversion of an existing vessel to build Madura MDA-MBH FPU that should start operation under ten years lease contract by 2017.