The young Pieridae Energy Ltd (Pieridae) company received the environmental assessment (EA) approval for its liquefied natural gas (LNG) export terminal project to be located at Goldboro in the Province of Nova Scotia, on the East Coast of Canada.

If number of LNG export terminal projects have been announced in North America, they are mostly concentrated on the US Gulf of Mexico and on the West coast of Canada in gazing at the northeast Asia markets.

In this context, the Goldboro LNG project is rather unique in targeting the European or Indian markets from the East Coast of Canada.

In comparing the shipping days from Goldboro to these regions versus from the US Gulf of Mexico or Qatar to Europe or India, the East Coast of Canada is saving 20% to 50% transportation time.

On the supply side Goldboro can easily be connected to the 1,400 kilometers Maritimes and Northeast Pipeline system coming from the shale gas rich northeastern USA.

Through this transmission system, Pieridae applied to the Canadian Authorities for the import of 1 billion cubic feet per day (cf/d) of natural gas from USA.

Ideally located in Nova Scotia on the shortest routes to markets between North America and Europe or India, the Goldboro LNG project justified the partners to establish on-purpose the Pieridae company in 2011.

In June 2013, Pieridae signed a long term agreement with the German utility E.ON to supply Europe with 5 million tonnes per year (t/y) of LNG during 20 years.

With this volume and prices based on the European market, Pieridae secured the development of Goldboro LNG first train.

In parallel to this agreement, Pieridae submitted its application for its LNG export terminal environmental assessment to the Nova Scotia Authorities.

The Goldboro LNG project should be developed on the east coast of Nova Scotia,  in the Goldboro Industrial Park of Guysborough County. 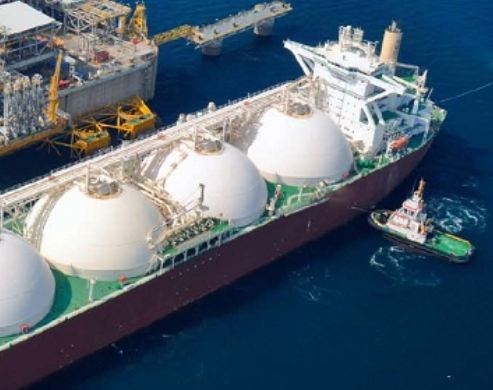 In the site reserved for the Goldboro LNG project, Pieridae is planning to build:

The Goldboro LNG plant should include two LNG trains of 5 million t/y capacity each with a 690,000 cubic meters storage capacity.

To export 10 million t/y of LNG, the Goldboro LNG Export Terminal should require from Pieridae to invest $8.2 billion capital expenditure.

In 2013, Pieridae carried out the pre front end engineering and design (pre-FEED).

After receiving the environment assessment approval, Pieridae is moving into the front end engineering and design (FEED) phase.

This FEED work should be completed in 2015, allowing Pieridae to make the final investment decision (FID) for the Goldboro LNG project in following with the target to ship the first LNG carrier from Nova Scotia to E.ON in Europe by 2020.