GDF Suez and its partners Centrica and Bayerngas  awarded the detailed design contract to AMEC for the development of the Cygnus natural gas field in the UK continental shelf in the southern North Sea. 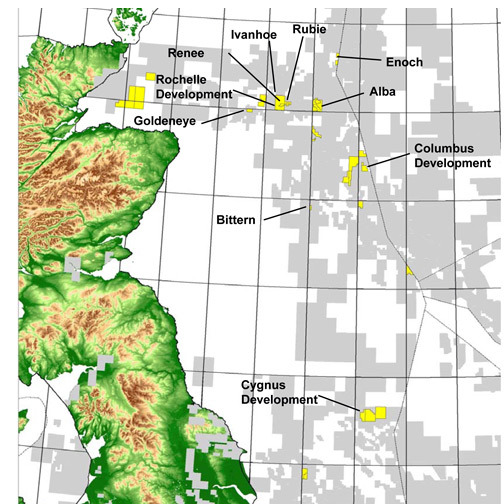 Then several appraisal wells were conducted  until 2010 leading GDF Suez to revise upward the first estimated reserves of this gas field to proven and probable (2P) reserves amounting to approximately 18 billion cubic meters.

From actual reserves estimations, Cygnus is the sixth largest gas field ever discovered in the UK Continental shelf in the North Sea and the biggest one for the last 25 years.

Cygnus reservoir is located 150 km off the coast of England, in shallow water of 23 meters deep, then by 3721 meters deep and contains high quality raw natural gas.

At plateau production, Cygnus will produce 42,000 boe/d representing 5% of the natural gas production in the UK with the equivalent of the consumption of 1.5 million homes in 2016.

The partners share working interests in Cygnus as following:

In October 2011, GDF Suez had awarded the front end engineering and design (FEED) to AMEC for Cygnus gas field development.

The FEED contract had an “option to continue” into an EPC contract.

AMEC completed the FEED work by mid 2012 allowing GDF Suez and its partners to sanction the next steps of Cygnus development.

From the FEED work the development concept is based on:

– Two drilling centers, one hub and one satellite located at 5.9 kilometers distance

– Four platforms, three platforms should be bridge-linked at the hub including the living quarter and utilities and the fourth one normally unmanned at the second center

– A first phase of 10 production wells

– An export pipeline through the Esmond Transportation System (ETS) to the Bacton gas terminal in North Norfolk.

GDF Suez and its partners, Centrica and Bayerngas, expects AMEC to complete the detailed design work in 2014 for first natural gas deliveries from Cygnus  in 2015. 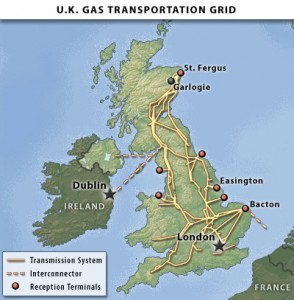 While AMEC was awarded the conversion of its FEED contract into a detailed design contract, GDF Suez awarded also directly other large packages:

– Saipem has been awarded the export pipeline

Home-based in Paris, France, GDF Suez is listed in Brussels, Belgium, and Paris.

GDF Suez is a utility company moving into the upstream exploration and production of natural gas.

Since 1997, GDF Suez built up a substantial portfolio of assets in the Central and Southern North Sea, and West of Shetland, comprising over 40 licenses, 16 as operator such as the Cygnus and Juliet gas fields

In UK, GDF Suez employs more than 250 staff and contractors in offices in London and Aberdeen.

Hone-based in Munich, Germany, Bayerngas GmbH is the communal gas procurement platform for its municipal shareholder customers, regional shareholders from Tirol as well as for regional providers and major industrial customers.

With its holdings and affiliates Bayerngas is engaged in national and international markets.

According to market trends, Bayerngas provides its partners with access to the upstream business, adding value in moving increasingly towards the sources of gas.

Bayerngas has entered the Norwegian exploration and production segment through its affiliate Bayerngas Norge AS, Oslo, and is examining the options arising from new pipeline projects, such as NABUCCO.

The UK-based Centrica is and integrated energy company operating predominately in the UK and North America.

Downstream it supplies gas and electricity to millions of homes and businesses and offers a range of home energy solutions and low carbon products and services.

In UK British Gas is the leading residential and business energy and services provider.

Upstream Centrica Energy and Centrica Storage operations are working to provide energy security for our customers, sourcing, storing and supplying the energy that millions of homes rely on every day.

With Cygnus, GDF Suez and its partners, Centrica and Bayerngas, are proceeding to the development of one the largest gas field in the UK continental shelf that AMEC, Heerema, BiFab, Ensco and Saipem are planning to complete for production in 2015.