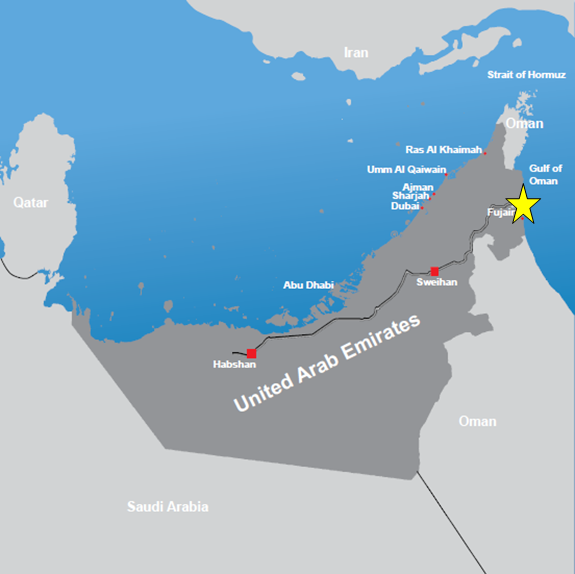 With direct access to the Gulf of Oman, Fujairah occupies a strategic position for Abu Dhabi and the United Arab Emirates (UAE) in short-cutting the Strait of Hormuz and its potential risks of lockout.

With 370 kilometers and for $3.3 billion capital expenditure, this crude oil pipeline was commissioned in July.

To supply the actual and future storage farms in Fujairah, the Adcop pipeline has a capacity of 1.5 million b/d allowing additional expansions in Fujairah.

While Abu Dhabi works to secure its oil export, the UAE strategy is also to increase their local added value on the crude oil.

In this context IPIC plans to build the Fujairah refinery and petrochemical complex.

This project will be developed in two phases where Fujairah:

– Phase 1 includes only the refinery

– Phase 2 will add an olefin plant

On the phase 1, IPIC is moving on with the Fujairah refinery to require $3.5 billion capital expenditure for 200,000 b/d of crude oil capacity.

The Shaw Group completed the  pre-front end engineering and design (feasibility study) on early 2012 and has been awarded the Project Management Consultancy (PMC) contract.

With Technip due to complete this FEEDon first half 2013, IPIC is targeting the completion in 2016 in order to transform Fujairah into oil products export platform.

If Abud Dhabi is rich of oil, it is short of gas and the expansion of the Dolphin capacities in Qatar to supply Abu Dhabi is the first answer to the increasing needs of natural gas of the UAE. 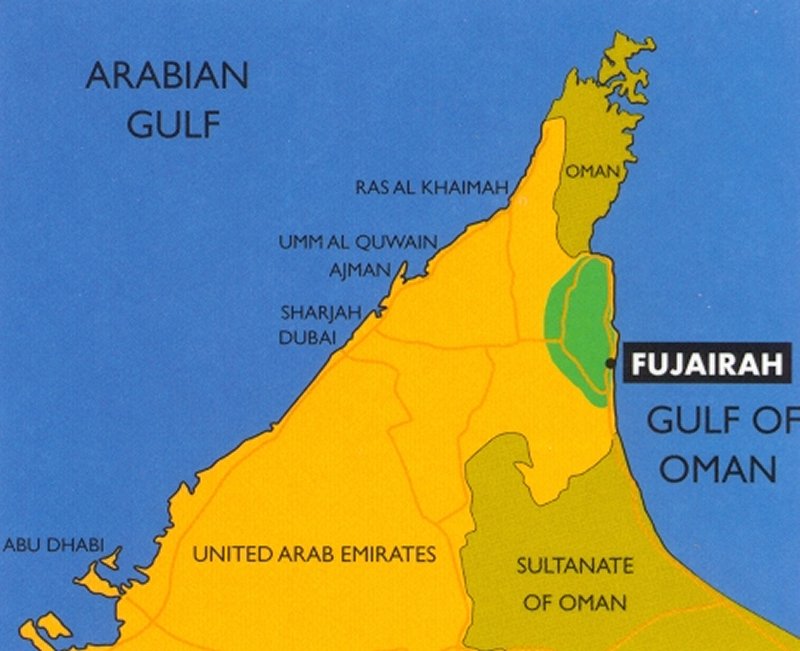 In addition to secure the export of crude oil and derivatives products, IPIC and Mubadala are planning the infrastructures to guaranty the long term import of natural gas in UAE.

The population in UAE is growing and the profile of the industry is also evolving with the integration of aluminium and steel sectors boosting the power consumption.

In their joint venture, IPIC and Mubdala are planning an offshore liquefied natural gas (LNG) import terminal in Fujairah.

Designed with offshore storage capacities and regasification units, the Fujairah LNG import terminal will be built in two phases.

To proceed on fast track, IPIC and Mubadala have already initiated the first phase with a capacity of 4.5 million t/y (600 million cf/d) of  LNG.

The engineering company Poten & Partners completed the pre-FEED on first half 2012 so that the FEED could be tendered in following.

IPIC and Mubadala awarded the FEED contract to Technip in expecting to allocate the engineering, procurement and construction (EPC) contract in 2013 for the completion in 2015.

The second phase should follow closely to run into commercial operations by 2016.

With all the on going projects to increase storage capacity in Fujairah, IPIC and Mubadala will contribute to reduce the traffic of the tankers in the Strait of Hormuz in securing the Abu Dhabi export and import of oil and gas when the Fujairah refinery and offshore  LNG terminal will run into commercial operations in 2015.