Located at Lavaca Bay on the Texas Gulf Coast, the Excelerate export LNG project should be the first one in USA to be designed with a floating LNG vessel on the Gulf of Mexico. 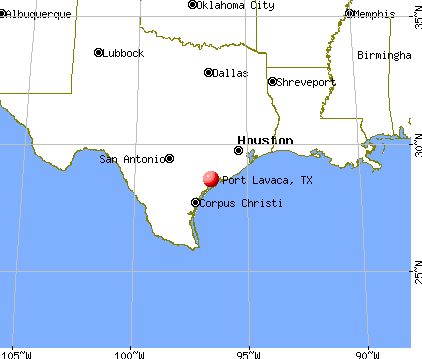 Based on the branded Floating Liquefaction Storage Offloading (FLSO) technology vessel, Excelerate is planning to export up to 10 million t/y of LNG.

In that respect Excelerate obtained in August 2012 a long-term free trade agreement authorization from the US Department of Energy for its Lacava Bay Floating LNG export project.

Headquartered at the Woodlands in Texas, USA, Excelerate is a midstream company focusing on LNG transportation and regasification with marketing and short term trading activities.

From this experience in floating LNG terminals, Excelerate developed the idea to adapt the same technology for an export terminal.

In doing so, Lavaca Bay LNG should be the first floating LNG vessel to be moored in USA.

Excelerated selected the Port of Lacava between Corpus Christi and Galveston on the Texas Gulf Coast because of its strategic geographical position between the abundant South Texas gas market and the proximity to the Panama Canal to be widened and to open the Pacific route to Asia to large LNG carriers.

Port of Lacava is well connected to the network of pipelines distributing the natural gas across South Texas and giving the opportunity to Excelerate to diversify its sourcing for export.

Excelerate based its FLSO technology on a vessel 338 meters long and 62 meters wide.

From generic design the Excelerate FLNG would typically include:

In the case the FLNG should be supplied directly with natural gas which has already been processed onshore or on a separate platform, the liquefaction capacity of the FLNG can be increased to 4 million t/y.

Excelerate FLSO designed to be a modular FLNG

From its conceptual study, Excelerate awarded the front end engineering and design (FEED) for this first FLNGto the Houston-based Oil and Gas Solutions (OGS) and Samsung Heavy Industries.

OGS had previously executed a first FEED work for Excelerate for a similar FLNG to be installed outside of the USA.

According to the contract, the FEED will cover:

In respect with the facilities already in place on Excelerate Lacava Bay, the FLNG will be sized to liquefy 4 million t/y.

This FEED should be completed on early 2013 to prepare ground for the final investment decision (FID) to be made in following and under the condition to obtain the export permit from the Federal Energy Regulatory Commission (FERC) in the mean time.

From FID, the Lacava Bay FLNG should take 44 months for construction so that Excelerate is planning to start commercial operations in 2017 with the option to add a second FLSO to reach 8 million t/y.