The Italian major oil company Eni and its partners, Korea Gas Corporation (Kogas), the local Missan Oil Company (Missan), and the US company Occidental Petroleum Corporation (Oxy) had been awarded in 2010 during the first license round the Technical Service Contract (TSC) to develop the giant Zubair oil field in the south of Iraq.

Located near Basrah, Zubair is considered as one of the largest oil and gas field in Iraq with 4.2 billion barrels of oil equivalent (boe) in reserves. 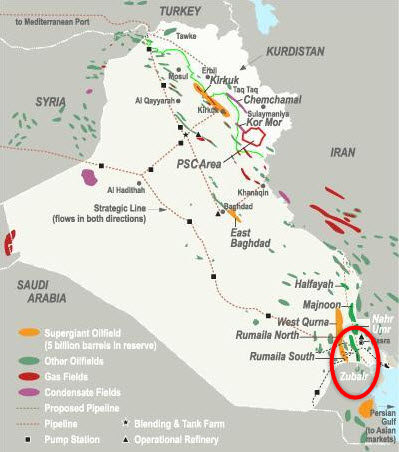 The Technical Service Contracts proposed by Baghdad Government to the international oil companies during these license rounds were typically based on a commitment to rise production to a certain plateau level at the expenses of the companies.

Regarding Zubair this plateau level was agreed on 1.2 million barrels per day (b/d) of crude oil.

In compensation of its capital expenditure to reach this plateau of production, the Technical Service Contracts is rewarding the companies with a remuneration fee per produced barrel.

Resulting from the reverse auctions of the licenses rounds, these remuneration fees range at very low levels between $1.7 and $2.5 per produced barrels.

Unfortunately the amount of investment required to reach the plateau of production appeared to all companies far exceeding the planned budget.

In the same time Baghdad Government met some difficulties to deploy all the infrastructures required for the transportation and export of the oil and gas production.

In this context most of the companies renegotiate the targeted plateau production to an achievable level in line with the companies remuneration fees and Iraq export capabilities.

Regarding Zubair, Eni and its partners agreed on July 2013 with Baghdad Government to revise the plateau production to 850,000 b/d and to extend the duration of the Technical Service Contract by five years, until 2035.

Once these new deal concluded, all the upstream projects are gearing up such as this Zubair Oil field Development.

In Zubair, Eni and its partners share the working interests such as: 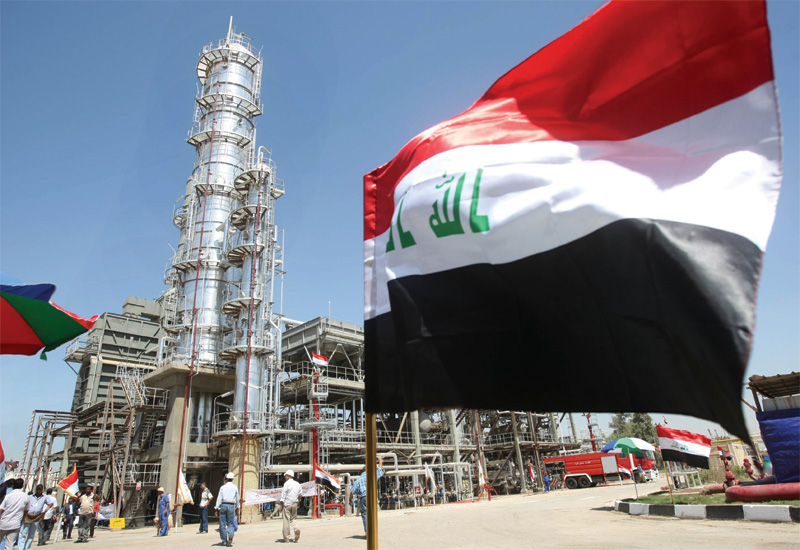 To develop the Zubair oil field, Eni and its partners are planning to build five greenfield degassing stations for the crude oil treatment.

These five degassing stations will require approximately a total of $3 billion capital expenditure.

Therefore the engineering, procurement and engineering (EPC) contracts were split in three packages.

After six months of bidding process, the South Korean engineering companies should be awarded such as:

– Samsung Engineering , the North Zubair Degassing Station for an amount of $1 billion

– Hyundai Engineering and Construction, the Central Zubair Degassing Station for about the same amount

With the new plateau production set with Iraq Government, Eni and its partners Missan, Kogas and Oxy are currently finalizing contracts with Daewoo, Hyundai and Samsung for Zubair Degassing Stations packages.