The Rosebank oil and gas field discovery is located on Blocks 213/26 and 213/27,  in the Faroe-Shetland Channel, 130 km northwest of the Shetland Islands in 1,115 m of water depth on the Corona Ridge near the UK border.

Rosebank is considered to be one of the biggest discoveries on the UK Continental Shelf (UKCS) with an estimated 250 million of barrels of oil equivalent (BOE) reserves. 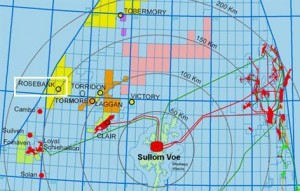 Rosebank shares of interests are split as following:

– Chevron 40% is also acting as the operator

– Dong Energy from Denmark, the remaining 10%.

Then Chevron, as operator, completed the Rosebank oil and gas field development plan in 2011, with first production expected to hit a plateau rate of

The Rosebank oil and gas field development is estimated between $6 and $ 8 billion capital expenditure.

To support this development Chevron and its partners Statoil, OMV and Dong Energy have decided to combine the operation of a semi-submersible drilling rig with a Floating, Production Storage and Offloading vessel (FPSO).

The semi-submersible drilling rig and the FPSO should be both purpose-built for Rosebank development.

In 2011, WorleyParsons from Australia had been awarded a pre-Front End Engineering and Design (pre-FEED) contract for the FPSO. 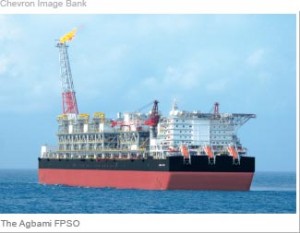 According to this pre-FEED work, the:

– FPSO should have between 800,000 and 1.3 million barrels of crude oil storage capacity

– Crude oil should be offloaded to shuttle tankers

The Front End Engineering and Design (FEED) work of this FPSO  is expected to begin in the second half of 2012 and should take 15 months for completion.

WorleyParsons, KBR and Wood Group are in competition for the FEED of this Chevron FPSO to be awarded newt quarter.

Chevron called on drilling contractors in late January to respond to a formal multi-year charter tender expected to be released later this year.

Since the deep-water floater is intended for use in the UK’s West of Shetland region and in Newfoundland’s sub-Arctic waters, Chevron is looking for a semi-submersible drilling rig structure. 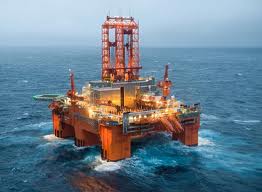 This semi-submersible drilling rig unit should be preferred according to Moss Maritime CS50 or CS60 and GVA 7500 designs to operate in the harsh environment of the North Sea in at least 7500 feet of water.

– Seadrill has the West Mistra and West Rigel semi-submersible drilling rig in progress in Hyundai Samho Shipyard with delivery times in 2014 and 2015 for a capital expenditure of $ 650 million per unit.

– Fred Olsen has a semi-submersible drilling rig also in progress in Hyundai expected in 2015 for a capital expenditure of $ 700 million.

In the event the contract is awarded in the second half of this year, industry sources expect the new-built semi-submersible drilling rig will be delivered in 2014 at the earliest.

According to the actual planning, Chevron and its partners, Statoil, OMV and Dong Energy are expected to award the FEED next quarter and the semi-submersible drilling rig by the end of 2012 in order to make a final investment decision (FID) on early 2013, so that the drilling campaign could start in 2015 for Rosebank FPSO oil and gas production in 2017.