The super major Chevron from USA and its partners, Statoil from Norway, OMV  from Austria and Dong from Denmark, have awarded the Floating Production, Storage and Offloading (FPSO) vessel of the Rosebank project to the South Korean Hyundai Heavy Industries (HHI).

The Rosebank project is located 175 kilometers northwest of the Shetland Islands close to the limits of the UK territorial waters.

Lying on the Corona Ridge of the Faroes – Shetland Channel by 1,115 water depth, the Rosebank oil and gas field is one of the largest discovery of this untapped region as it covers the Blocks 213/26 and 213/27. 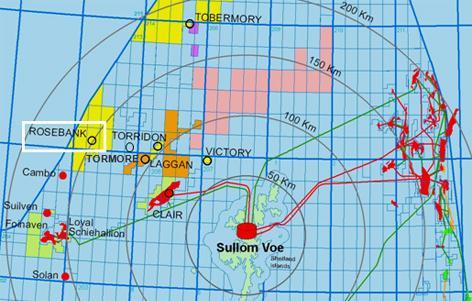 Between 2004 and 2007, Chevron and its partners spent $327 million to explore these Blocks and realize the potential of the Rosebank project.

With reserves estimated to 250 million barrels of oil equivalent (boe), Chevron and its partners hold the license on the biggest reservoir of the UK Continental Shelf (UKCS) that could contain up to one fifth of the remaining crude oil reserves in the UK.

In 2011, Chevron and its partners evaluated the development of the Rosebank oil and gas field to require $6 to $8 billion capital expenditure.

Chevron is leading the Rosebank joint venture with working interests shared between:

In 2011, WorleyParsons signed the pre-FEED of the FPSO.

From this pre-FEED, Chevron and its partners decided to develop the Rosebank oil and gas field with a: 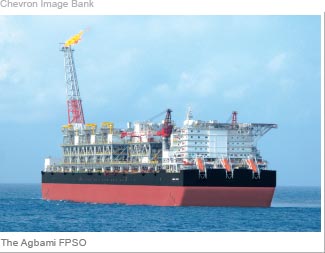 In July 2012 WorleyParsons UK and its Houston-based subsidiary IntecSea booked the FEED contract for the FPSO and its associated subsea production system and infrastructure.

In parallel, in November 2012, Chevron and its partners selected JP Kenny from the Wood Group to perform the pre-FEED and FEED work on the export gas pipeline to the Shetland Island. 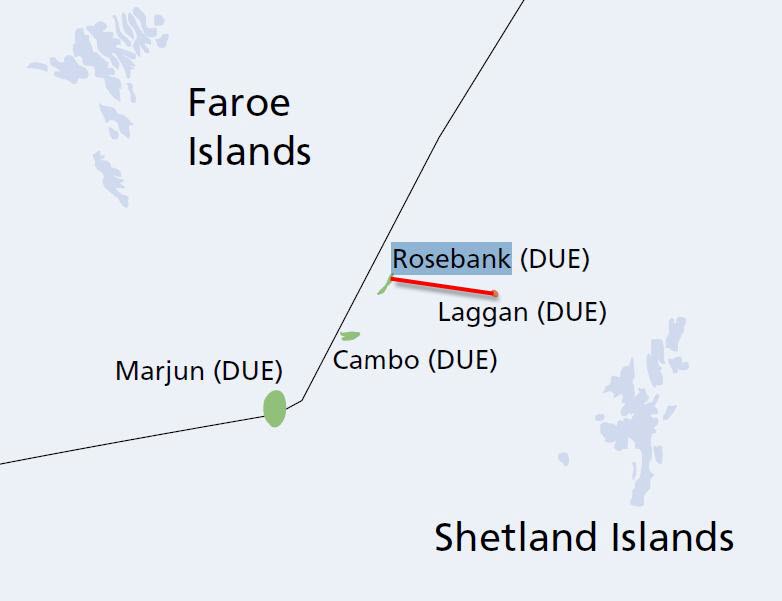 According to the term of the contract, JP Kenny will also provide the:

Originally Rosebank was designed to process at plateau production:

Because of the promising oil and gas reserves of the Rosebank field, Chevron and its partners revised upward the size of the FPSO so that in the engineering, procurement and construction (EPC) contract awarded to Hyundai Heavy Industries (HHI). the FPSO should have the capacity to process: 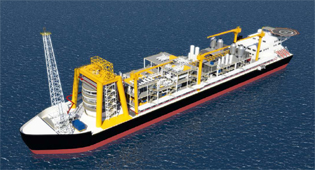 In addition this FPSO should have storage capacities of 1.05 million barrels of crude oil.

With these performances, the FPSO should be 292 meters long, 30 meters wide and should weight 99,750 metric ton.

In respect with the harsh environment of the North Sea in this area, Chevron and its partners have opted for the Norwegian NORSOK standards to be applicable to the Rosebank FPSO while it will operate in the UK side of the North Sea.

This EPC contract has been awarded for the amount of $1.9 billion capital expenditure.

To be build in Hyundai Heavy Industries shipyard of Ulsan in South Korea, Chevron and its partners, Statoil, OMV and Dong expect the FPSO to be delivered at the end of 2016 for commercial operations to start in 2017.