The positive developments in the U.S. energy complex to become a net gas exporter creates favorable conditions to explore all the downstream applications to use this natural gas surplus as a feedstock in the chemical industry. 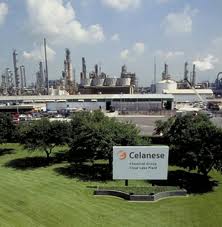 This natural gas produced out of the shale gas is mainly methane that can be easily converted into methanol.

Then methanol is used as feedstock for many chemical products such as acetyl.

For Celanese, one of the world’s largest producers of acetyl products, the gas prices below $3 per mmBTU (Henry hub) provides the opportunity to produce its own methanol in competitive conditions.

In this context, Celanese announced its intention to construct and operate a methanol production facility at its acetyl complex at Clear Lake, Texas, USA.

A significant portion of the methanol produced would be used as feedstock for the acetyl own Celanese production.

The company expects then to partner with one or more additional entities interested in the remaining methanol.

With the concentration of capital expenditure in Clear Lake, Celanese has decided to locate there its global acetyl research and development center.

The additional methanol production builds on the company’s current position in the Houston region and would incrementally bring several hundred jobs to the area through the construction and start-up phases.

The completion and start up is anticipated in July 2015.

Celanese is a global integrated producer of specialty and intermediate chemical products. 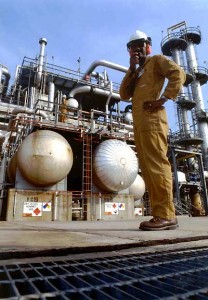 Based in Dallas, Texas, the company employs approximately 7,600 employees worldwide and had 2011 net sales of $6.8 billion, with approximately 73% generated outside of North America.

Celanese products are used in everything of the daily life. They are manufactured in North America, Europe and Asia.

Celanese is one of the world’s largest producers of acetyl products, which are intermediate chemicals for nearly all major industries, such as acetate.

With this new methanol large scale facility, Celanese brings up one more example of the positive consequences of the shale gas development on the petrochemical industry, moving all the major companies to build up their Market Leadership on a new form of integrated business model.