Brunei Shell Petroleum (BSP) is preparing the call for tender (CFT) for the first phase of the Champion waterflood project to boost the production of this old oil and gas field offshore Brunei.

Champion is the largest oil and gas field in the Sultanate of Brunei representing 40% of the reserves of the country.

The international oil company Shell and the Government of Brunei created a 50/50 joint venture, the Brunei Shell Petroleum (BSP) to explore and operate the local oil and gas resources. 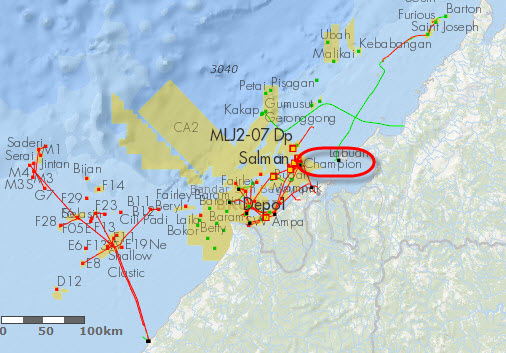 Currently, BSP is producing 350,000 barrel of oil equivalent per day (boe/d) and contributes to 90% of Brunei Sultanate oil and gas revenues.

Among the 4,570 reservoirs identified in Brunei, Champion is by far the largest but also the most complex.

Currently BSP is extracting 100,000 b/d of crude oil and 12.5 million cf/d of natural gas from Champion representing 57% of BSP oil production and 30% of its gas production.

Depending on the reservoirs, the oil may be highly viscous and very difficult to extract with usual techniques.

In production since 1972, Champion accumulated production is exceeding 680 million barrels of crude oil.

Anyway, two third of the recoverable reserves are still in the reservoirs and the natural production in Champion is now declining. 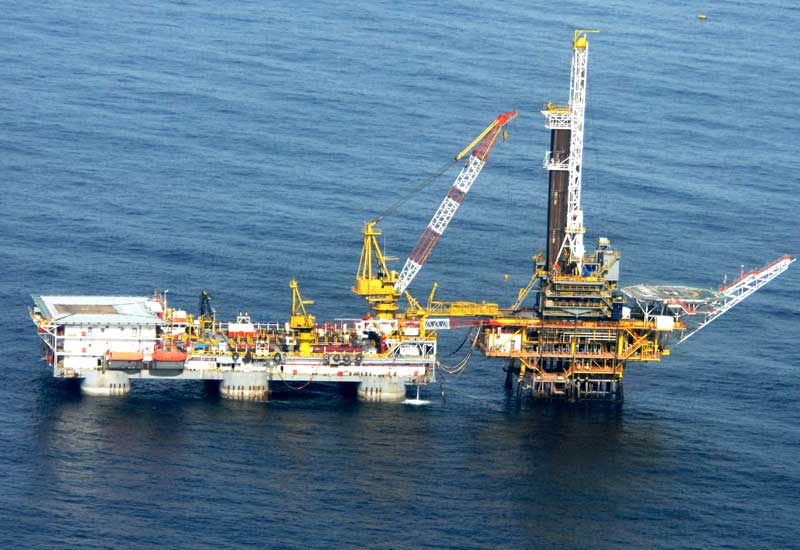 In respect with the size of Champion and its contribution to the local economy, the Brunei Government made the decision in 2009 to investigate solutions to expand the plateau production with advanced techniques of enhanced oil recovery (EOR).

According to the costs to implement these techniques at the scale of Champion, Shell and Brunei Government opted for the massive water injection with the Champion waterflood scheme.

Champion is a well known oil and gas field for which BSP planned to drill 130 to 150 water injection wells through multiple phases.

These water injection wells should boost the production of the 260 existing wells supported by 40 platforms.

With this waterflood project estimated to cost $5 billion capital expenditure, BSP expects to increase the recoverable reserves by an additional 200 million barrels of oil.

The local Damit Worley Parsons Engineering (DWE) is supporting BSP for the engineering and the project management of this Champion optimization project.

To supply in water and power this Champion waterflood scheme, the project will require 12 platforms to be tendered for engineering, procurement and construction (EPC) contract in two phases of 6 units.

The first phase should include three packages:

The drilling platform should weight 4,000 t and the wellheads platforms 2,000 t each.

In respect with the large scope of work and size of the project, BSP pre-qualified contractors for the EPC contract call for tender at the regional level including: 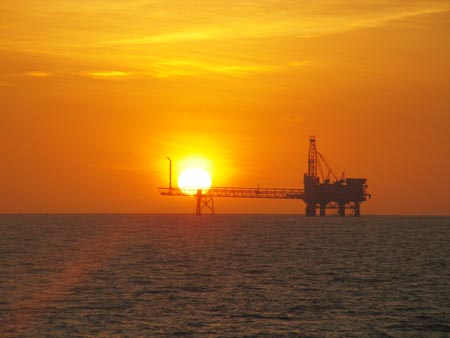 – Marine Construction Yard (MCY) from Brunei, is the incumbent bidder as having built all the Champion platforms so far

All the bidders are expected to submit their technical and commercial offer in April.

From there, Brunei Shell Petroleum (BSP)) is planning to award the Champion waterflood project at the end of 2013 for a completion in phases in 2015 and 2016.