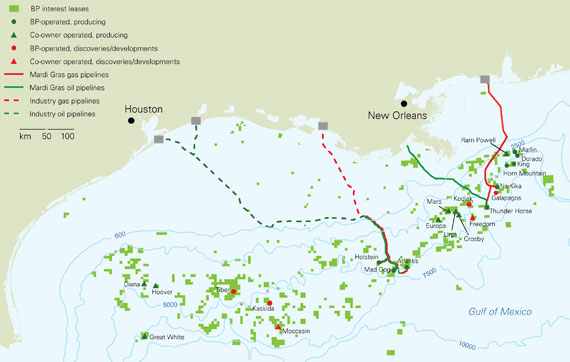 In September 2011, BP announced the drilling of a successful appraisal well in a previously untested northern segment of the Mad Dog field in the US Gulf of Mexico.

The well results confirm a significant resource extension for the Mad Dog Field complex, which includes the existing field, in production since 2005, and appraisal drilling of the Mad Dog South field in 2008 and 2009.

Pending confirmation through future appraisal drilling, the total oil and gas hydrocarbons initially in place in the Mad Dog field complex are now estimated to be up to four billion barrels of oil equivalent (BOE).

The well, drilled by BHP Billiton on behalf of the unit operator BP, is located on Gulf of Mexico Green Canyon block 738 approximately 140 miles (225 kilometres) south of Grand Isle, LA., in about 4,500 feet (1,371 metres) of water.

The well encountered about 166 net feet (50 metres) of hydrocarbons in the objective Miocene hydrocarbon-bearing sands and discovered an oil column of more than 300 feet (91 metres).

With these additional oil and gas resources north of the main field, Mad Dog has been firmly established as a giant field in BP’s Gulf of Mexico portfolio, rivalling Thunder Horse in size of resources 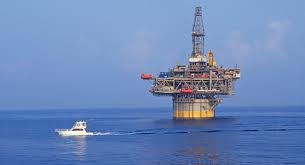 Working interests in Mad Dog are split as following:

– Chevron Corporation, through its subsidiary Union Oil Company of California, 15.6 %.

Located beneath 4,500 feet of water some 190 miles south of New Orleans, Mad Dog is the second of four gigantic fields discovered by BP in late 1990s.

Already designed, engineered and constructed by Technip in 2004, the Mad Dog Phase 1 platform began producing in 2005 with a capacity to produce up to

As many as 150 drilling and production personnel operate the truss SPAR, which is designed to produce and drill at least 12 wells simultaneously in Mad Dog’s Green Canyon block.

BP Mad Dog Phase 2: One of the biggest offshore unit in GOM

Due to the materiality of the Mad Dog South finds, BP has been advancing development options to increase production from Mad Dog by adding another SPAR production facility.

The development concept includes a total of 33 wet wells, 19 production, and 14 injection. 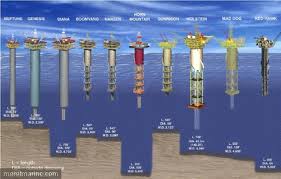 BP and Technip have a long standing co-operation in the deep offshore exploration and production in the Gulf of Mexico.

This contract covers the design of a SPAR hull and mooring systems for the Mad Dog Phase 2 Project, located  near Green Canyon Block 825 in the Gulf of Mexico.

This first award comes under the framework of the 10-year Spar platform master services agreement signed in 2011.

The Mad Dog Phase 2 SPAR will be located near the first Mad Dog SPAR delivered by Technip for BP in 2004, and installed on Green Canyon 782.

Detailed engineering for the new SPAR is scheduled to start during the second half of 2012.

Technip’s operating center in Houston, Texas, USA, will execute the contract with support from the center in Pori, Finland.

In May 2012, AMEC received a contract from BP to provide Front End Engineering Design services (FFED) for the topsides facilities for the second phase of the Mad Dog field development.

The new facility, expected to be one of the largest floating production systems installed in the GOM, will produce oil and gas from the Mad dog Phase 2 development area within the existing Mad Dog field.

While AMEC and Technip work on their respective FEED packages, BP, BHP and Chevron should make final capital expenditure decision on Mad Dog Phase 2 Development in 2013 for completion with first production scheduled for 2018.