Approximately 80 kilometers long and 20 kilometers wide, Rumaila is one of the largest oil field in the world.

With an average production of 1.5 million barrels per day (b/d) of crude oil, the BP Rumaila oil field is the major contributor to the Iraq national production just above 3 million b/d. 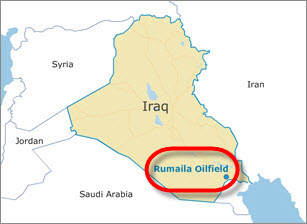 So the development of the Rumaila oil and gas field by BP and its partners is strategic to support the economical growth and the social stabilization in Iraq.

Rumaila oil field had been discovered by BP in 1953, but it is only in November 2009 that BP managed to take it over together with PetroChina and SOMO during the license rounds organized by the Iraq Government to award technical services contracts (TSC) to the foreign companies willing to invest in Iraq.

With more than 20 billion barrels of crude oil recoverable reserves lying by only 2,400 meters depth, BP and its partners could accept the very low remuneration fee of $2 per barrel in compensation of the planned $15 billion capital expenditure to develop the field.

More than 350 wells are in operations and 150 more are to be installed on the next three years.

In order to help Iraq to meet its target of 6 million b/d of production by 2017, BP and its partners, are expect to take a leading role in developing Rumaila with the most advanced technologies of enhanced oil recovery (EOR) by water injection.

In that perspective BP, PetroChina and SOMO share the efforts according to their working interests:

– BP holds 38% and is acting as the operating company

In 2011, BP and its partners had appointed WorleyParsons to provide Rumaila development front end engineering and design (FEED) work for the development of Rumaila in multiple phases.

From the FEED work BP, PetroChina and SOMO are planning to build for the first phase the Produced Water Re-Injection (PWRI) project phase-1 which includes two packages:

The IPC package will be an oil and gas central processing facility to separate oil, gas, condensate and water. 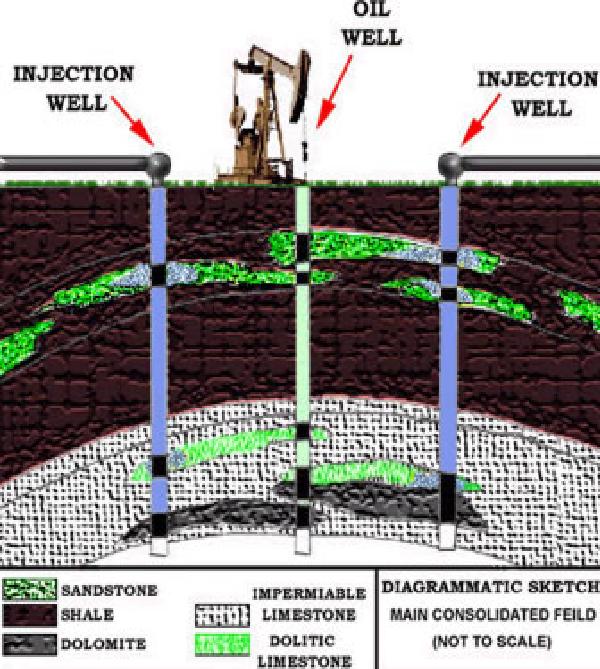 This IPC package will also include the gas compression and the water treatment facilities.

Running with three processing trains of 150,000 b/d each, the Rumaila Integrated Processing Complex Phase-1 will have a total capacity of 450,000 b/d.

The CPS package covers the pumps station for the water re-injection.

The CPS unit will receive the water from the separation unit and water treatment facility operated in the IPC package.

The treated water will then be sent back to the production wells pads through infield pipelines.

Because of the large size of Rumaila field, two water treatment facilities for re-injection, one in the north and one in the south.

Each water treatment unit will have a capacity of of 80,000 b/d of water.

Seven engineering companies are in competition for these Rumaila IPC and Rumaila CPS engineering, procurement and construction (EPC) contracts that BP, PetroChina and SOMO should award in 2014 for a production of the Rumaila produced water re-injection (PWRI) by the end of 2016.