The BG Group (BG) and its partner Ophir Energy (Ophir), both from UK, are pilling up natural gas reserves along their on going appraisal campaign offshore the east coast of Africa to the point to double the size of their liquefied natural gas (LNG) project in Tanzania.

BG and Ophir are exploring  in partnership the blocks 1, 3 and 4 where they share interests: 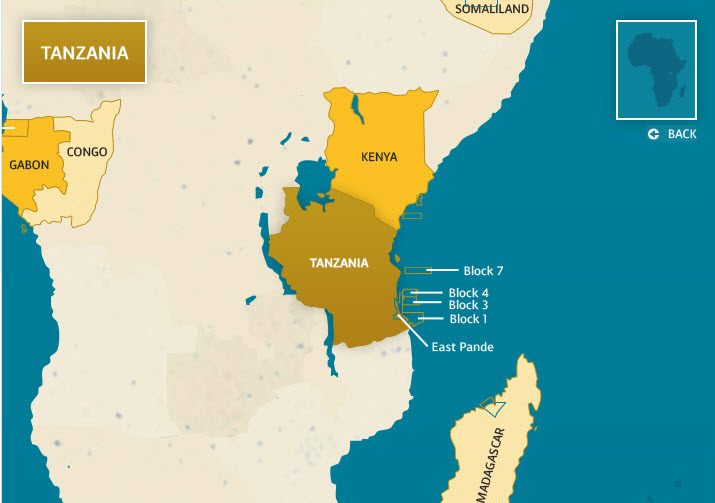 In the same way as Anadarko and Eni in Mozambique, the exploratory drilling campaign revealed wells communicating across the gas play with recoverable reserves ways up the first estimates.

Then BG performed the Mzia-2 as appraisal about 4 kilometers southeast of Mzia-1.

The tests confirmed that both wells are communicating, rising up all estimations about in-place resources.

In parallel, BG and Ophir expand their exploration program to the block 3 with Papa-1 wells.

From the actual discoveries in the block 1, 3 and 4, BG and Ophir are now evaluating the in-place resources of the Blocks 1,3 and 4 somewhere between 13.5 and 21 tcf.

Tanzania invites BG and Statoil to cooperate in LNG

From these reserves, BG and Ophir may consider to build a two trains LNG plant onshore Tanzania.

Such a project would require capital expenditure in the magnitude of $5 to $10 billion to develop one or two LNG trains in Tanzania. 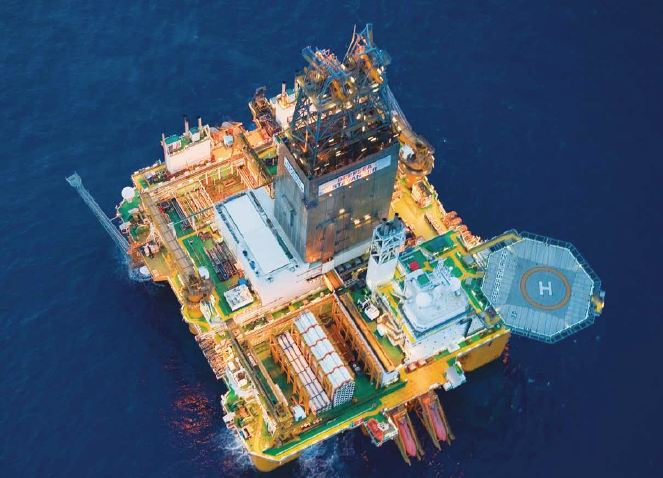 With costs estimated about 40% below Australia for the same size of LNG trains, BG may prioritize Tanzania over Queensland LNG project expansion.

In the same time, the Tanzania Government is pushing BG and Ophir to speed up their gas field development on the same model as Statoil and ExxonMobil with their Tanzania LNG project.

Benchmarking Mozambique motivating Anadarko and Eni to unitize and join forces to speed up the construction of infrastructures, Tanzania Deputy Minister for Energy and Natural Resources Masele approached Statoil to speak with BG and investigate the opportunities of cooperation.

But BG did not comment on this scenario as the costs for LNG projects might be lower in Tanzania than in Australia, but the risks are higher.

After difficult experiences in some other African countries, such as Nigeria, BG is cautious to proceed at the speed minimizing risks in a LNG project which takes a larger dimension than originally expected.

In this context, BG and Ophir Tanzania LNG project should be twice larger than planned but should take more time to be developed so that first shipments should take place in 2020.