After multiple scenarios for revamping and expansion, the Minister of Energy in Bahrain, Dr. Abdul Hussain bin Ali Mirza, has announced the completion of the preliminary studies to modernize the Sitra refinery. 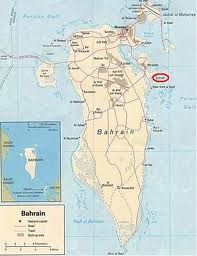 The plan of the Bahrain Petroleum Company (Bapco) aims to increase energy efficiency and increase production of high value of oil derivatives.

This plan will be submitted to the Cabinet soon for final approval.

The Sitra refinery is producing 260,000 b/d and previous plans were to increase capacity to 400,000 or 500,000 b/d in including the replacement of some production units.

With a first estimated $10 billion capital expenditure the expansion of the refiner appeared to be unrealistic in front of the constraints of the site in Sitra near Manama.

So the last plan was developed in considering only the revamping operations to be feasible in the actual plot plan of the refinery.

From the actual five old crude oil units, one or two should be replaced as well as the fluid catalytic cracker (FCC) unit with a new one

In a second phase the project is planning petrochemical units to produce olefins.

Bapco should select the licenses by the end of September 2012.

On the same period of time Bapco expects to finalize alliances with foreign companies in order to benefit from technology support and financing since the budget has now been downsized.

This large project for Bahrain is also expected to generate jobs during the construction phase and later on while in operations.

Bapco is planning to call for tender the Front end engineering and design (FEED) on second half 2013.

According to the preliminary studies, this FEED is a master piece of the project as it would comprise 2.5 million man-hours and should take 18 months.

Compared with a new project to be designed from a greenfield, the FEED of this expansion shall consider all the actual site conditions such as existing equipment and processes, accesses, and so on before designing the new part of the facilities.

If the project goes now according to plan, Bapco expects the brownfield Sitra refinery expansion to be completed and come on stream in 2017.

Bapco has chosen GE to design and supply a membrane bioreactor (MBR) system for the oil refinery waste water treatment plant in Sitra. 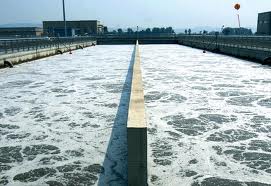 Waste water from refineries is complex and requires extensive treatment.

The BAPCO refinery, one of the largest in the Middle East and the oldest in the Gulf Cooperation Council (GCC) union, refines more than 250,000 b/d of crude oil and will handle a maximum waste water flow of about 24 million liters/day.

This flow from the refinery and Sitra tank farm corresponds roughly to the amount of water required to fill an Olympic-sized swimming pool every day.

At the heart of the system is GE’s ZeeWeed MBR technology.

This process has been selected to handle complex waste water because it produces consistently high-quality effluent suitable for discharge or reuse application.

It is being supplied under contract with EPC contractor GS Engineering & Construction and is expected to be operational in the fourth quarter of 2012.

BAPCO, wholly owned by the Government of Bahrain, is engaged in the oil industry including exploration and prospecting for oil, drilling, production, refining, distribution of petroleum products and natural gas, sales and exports of crude oil and refined products.

The company owns a 250,000 barrel-a-day refinery, storage facilities for more than 14 million barrels, a marketing terminal, and a marine terminal for its petroleum products.

With the expansion of the Sitra refinery, Bahrain expects this brownfield Bapco project to support the country’s strategy to increase its crude oil production to 350,000 b/d by 2017 from the current 250,000 b/d.