Established in 1979 in Texas, USA, Tri-Star pioneered the development of the coal seam gas (CSG) in Australia with permits and working interests in the Queensland and Northern Territory. 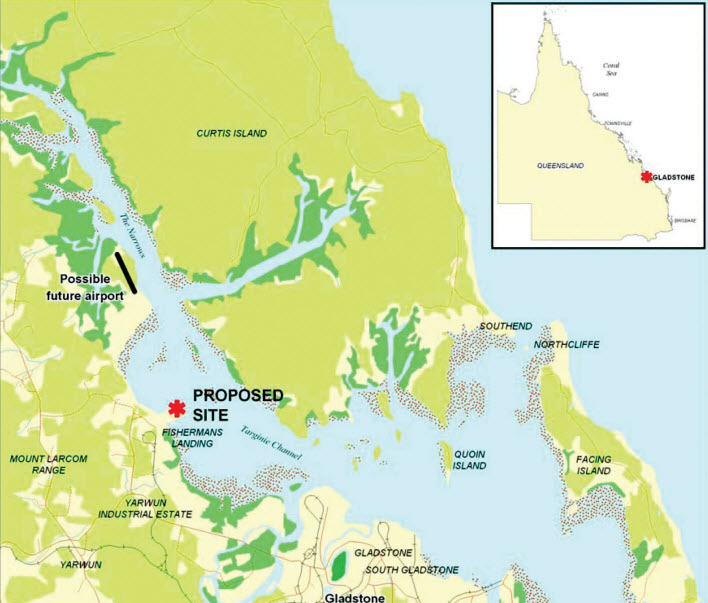 Focusing on the exploration and development of coal seam gas, Tri-Star is looking for the best way to export its production through the various LNG projects on going in the Queensland.

Among these opportunities, LNG Ltd proposes its Gladstone Fisherman Landing LNG project on hold since 2010.

This project had been initiated as many others in the mid 2000s years during the rush after the Australia natural gas and was due to export Arrow Energy Ltd (Arrow) gas production.

But in March 2010, Shell took the major stake and operatorship over Arrow and froze all on going projects development to re-evaluate best opportunities in the new context of the US shale gas competition.

For this project, LNG Ltd opted for a toll business model where it proposes its LNG terminal to independent companies for exporting their gas production against fees.

This agreement is still valid.

In October 2014, the memorandum of intent inked by LNG Ltd and Tri-Star allows the Gladstone Fisherman Landing LNG project to move on again.

For this project, LNG Ltd selected a reclaimed land area at Fisherman Landing along deep waterways in the Port of Gladstone in front Curtis Island.

In the Gladstone FLLNG Phase-1, the project will include: 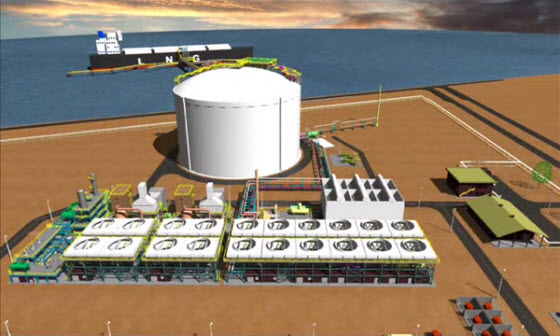 In its Phase-2, the Fisherman Landing LNG project will see the addition of:

In the future, the Fisherman Landing site has space enough to accommodate up to four  LNG Trains.

With the engineering companies already selected, Gladstone FFLNG Ltd has extended its site lease agreement up to March 2015 with an option for another year that will entitle LNG Ltd to make the final investment decision (FID) to start the construction of the Gladstone Fisherman Landing LNG Phase-1 project in the meantime.