The Abu Dhabi Marine Operating Company (Adma-Opco) is currently preparing the evaluation of the technical bids to be submitted on Q2 2013 for the engineering, procurement and construction (EPC) packages of the Al-Nasr Full Field Development project offshore Abu Dhabi.

Adma-Opco is a joint venture between the local Abu Dhabi National Oil Company (ADNOC) and the international oil companies (IOCs) that contribute to the development of the offshore oil and gas resources in the Abu Dhabi Emirates since 1950’s. 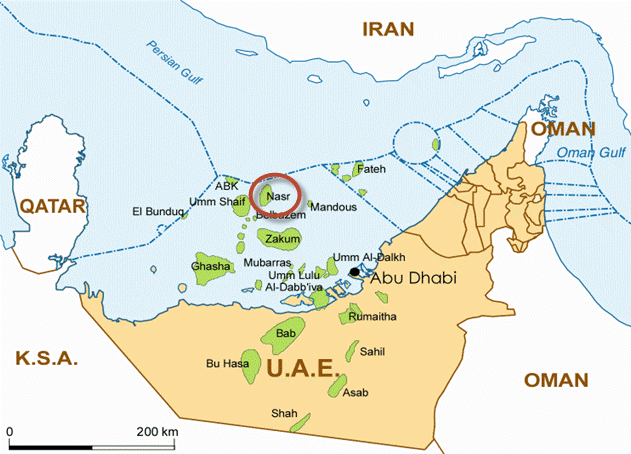 In the Adma-Opco joint venture, ADNOC and its partners share the working interests such as:

Through the exploration and development of giant fields such as Umm Shaif and Zakum, Adma-Opco is expected to be a major contributor to the production increase planned by Abu Dhabi.

In order to meet its quota of 3.5 million barrel per day (b/d) in 2018 as defined jointly with the OPEC in 2011, Abu Dhabi needs to ramp-up its crude oil production by additional 800,000 b/d not including the compensation of the depleting fields.

In that 2018 perspective Adma-Opco is expected to reach 1.75 million b/d of crude oil offshore production by then.

In its business plan presented in 2011, Adma-Opco  included the Al-Nasr oil and gas field, as well as Umm al-Lulu, Satah Al-Razboot (Sarb) and Upper Zakum.

In this business plan Adma-Opco is targeting to produce additional 100,000 b/d of crude oil from Al-Nasr, in the same way as for Umm Al-Lulu and Sarb respectively.

Al-Nasr field has a structure much more complex than Umm Al-Lulu, therefore Adma-Opco decided to develop it separately.

After a pre-front end engineering and design (pre-FEED) compledet by Technip, Adma-Opco decided to develop the Al-Nasr in two phases:

– Phase 1 has been called Early Production Scheme as to produce 25,000 b/d to test the field

– Phase 2 is the master piece of the project as the Full Field development in order to add at least 65,000 b/d of crude oil

In July 2011, the Al-Nasr Early Production Scheme was awarded to the Indian contractor Larsen & Toubro and is currently under execution for completion planned in 2015.

For a costs of $500 million capital expenditure, this Al-Nasr phase 1 includes to drill 33 wells and install infrastructure to support the wellheads together with the pumping units and flowlines.

In the meantime, regarding Al-Nasr Phase 2, Adma-Opco selected in October 2011 the Texas-based Fluor Corporation (Fluor) to perform the front end engineering and design (FEED) on the Al-Nasr Full Field Development.

Fluor completed its FEED work in April 2012 from its Houston, Texas, and Abu Dhabi offices.

From this FEED, the Al-Nasr Phase 2 project is designed as a complex of 7 platforms and 210 kilometers of pipelines to support:

– 132 wells with their corresponding wellheads 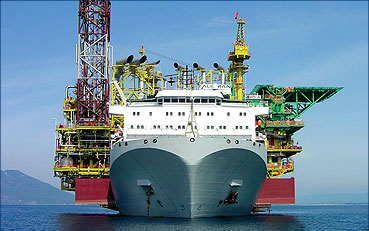 From the FEED conclusions, this Al-Nasr phase 2 has been prepared for the EPC contracts in two packages covering both platforms and pipelines.

Adma-Opco received expression of interests of eight bidders for these two packages of Al-Nasr Phase 2:

– Dodsal from the UAE

Adma-Opco is expecting to receive the technical bids at the end of Q2 2013 in order to award the EPC contracts at the end of the year or on early 2014.

Considering the actual different time frame between Umm Al-Lulu, Sarb to be awarded soon for EPC execution, Adma-Opco is planning the completion of Al-Nasr Full Field Development in 2017.