The Dubai-based Wentworth Resources (Wentworth) is an independent oil and gas company with natural gas production and a committed exploration program in the Rovuma Basin of southern Tanzania and northern Mozambique. 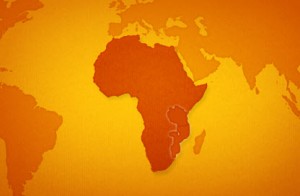 Wentworth and its concession partners Cove Energy (Cove) and Maurel & Prom own a gas processing plant, a gas receiving plant and a 27 km pipeline system in Mtwara, Tanzania.

Wentworth is an East African upstream and midstream oil and gas company with a high focus on the Rovuma Basin, offshore Tanzania and Mozambique coasts.

Mnazi Bay natural gas resources have been, for the most part, stranded in the ground since first discovered in 1982, but there is a natural monetization solution that fits well with the fertiliser requirements of Tanzania and its neighboring countries.

Wentworth,Cove and Maurel & Prom to leverage downstream their upstream assets

In late 2010 Wentworth mandated Nexant, in USA, to conduct a screening study of all possible gas monetisation solutions for Mnazi Bay gas.

Nexant selected methanol and ammonia/urea production as the most appropriate monetisation option because:

– The project would benefit from secure revenue streams from export of methanol to global markets.

In addition this methanol and Urea plant would benefit from:

– Local support as the project would provides infrastructure for incremental and ancillary economic growth, construction jobs, and highly-skilled permanent jobs

– The Mnazi Bay Concession partners have the unique opportunity to develop an integrated business model upstream–downstream inside a Production Sharing Agreement (PSA), which optimizes project profitability

– Financing through export credit agencies and carbon offsets (the project consumes CO2) available for projects of this nature.

Wentworth, with the support of the Tanzanian government, is pursuing the development of this project and expects a Final Investment Decision (FID) immediately after the outcome of new exploration and appraisal drilling is known and full feasibility study and the Front End Engineering & Design (FEED) package are completed.

From the first conclusions of the feasibility study performed by Nexant, Wentworth and its partners Cove Energy and Maurel & Prom are planning to start constructing the methanol and urea plants in two years time. 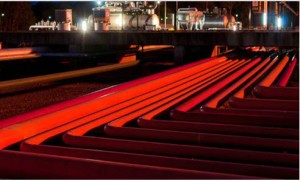 The construction project will take 40 months.

With an estimated capital expenditure of $1.5 billion the methanol/urea plant is designed to produce:

The plant will be the first in East and Central Africa and it is hoped that urea produced from the site will serve all the member states of the East African Community (EAC).

In addition to this methanol and urea project, Wentworth and it partners and Chinese investors are also planning to monetize the natural gas from their Mnazi Bay concession with a:

Wentworth, Cove Energy and Maurel & Prom expect the methanol and urea plant to be completed for commercial operation by 2015.

Based in Dubai, Wentworth Resources is an East African upstream and midstream oil and gas company with a high focus on the Rovuma Basin, offshore Tanzania and Mozambique coasts.

Wentworth key activities are concentrated on:

Wentworth Resources is publicly-traded on the Alternative Investment Market of the London Stock Exchange and the Oslo Stock Exchange.

As a mid-size oil and gas company listed on the Paris market (in €), Maurel & Prom has proven experience as an oil operator with a presence inAfrica and latin America.

In 10 years, Maurel & Prom has designed oil systems, drilled more than 100 exploration wells will a success rate of more than 46% and discovered major fields at minimum cost.

Currently working in 10 countries on 4 continents, Maurel & Prom is extremely focused on exploration and maximisation of the value of its acreage.

Maurel & Prom is the operator in Mnazi Bay concesssion.

With this methanol and urea plant, Wentworth, Cove Energy and Maurel & Prom expect, with the support from Nexant, to meet or exceed several different targets, monetize their Mnazi Bay natural gas field, leverage downstream their capital expenditure and provide a major contribution to the Tanzania trading balance sheet in fertilisers.

1 thought on “$1.5 billion Methanol and Urea plant in Tanzania”