Phillips 66, the newly created company to take over the ConocoPhillips Downstream activities is going to sell its Trainer Refinery, close to Philadelphia, Pennsylvania,USA, to Delta Air Lines for $150 million.

This refinery has a capacity of 185,000b/d of light crude oil. It has been shut down for six months, but Delta received $30 million from the Pennsylvania state to create jobs and will spend $100 million capital expenditure to revamp it and start it up.

For Delta the target is to increase jet fuel production and thus to save $300 million per year on its jet fuel bill. In 2011, Delta had spend $12 billion in purchasing jet fuel.

By comparison those savings represent the same amount as the energy efficiency provided by 60 new generation Boing 737 planes which would have costed $2.5 billion capital expenditure.

To sustain the profitability of this acquisition, Delta has in parallel closed a contract with BP for the supply of crude oil to the Trainer refinery for the next three years.

After revamping, the Trainer refinery will produce 32% jet fuel instead of actual 14% and will be able to cover 80% of Delta‘s fleet jet fuel consumption in USA. 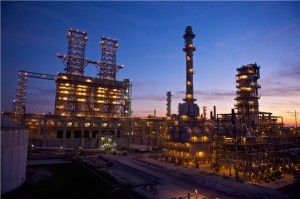 For Delta running a refinery is a challenge as considered as a non-profitable business, especially a light crude oil refinery, but the comparison must be done with the costs to hedge jet fuel prices.

With light crude prices cruising constantly above $100 per barrel, those jet fuel costs, including hedging, represent 40% of Delta running costs. Having settled a 3 years agreement with BP, Delta has secured its costs better than hedging.

This deal is not only unique because an Air Lines Company put its fingers in the Oil&Gas industry, but because it makes four winners:

The acquisition should be completed by half 2012.

The $100 million revamping is expected on fast track completion by the end of third quarter 2012.

This fresh air provided by Delta Air lines in the Downstream sector shows how a new business model can be game-changing to restore Market Leadership for all the companies involved (Delta, ConocoPhillips, Phillips 66, BP, Trainer refinery) especially in the refining businesss.