Known as the GNL Del Plata, this project,was originally supported jointly by the neighboring countries Uruguay and Argentina where the state-owned power company ENARSA was also part of the Gas Sayago joint venture. 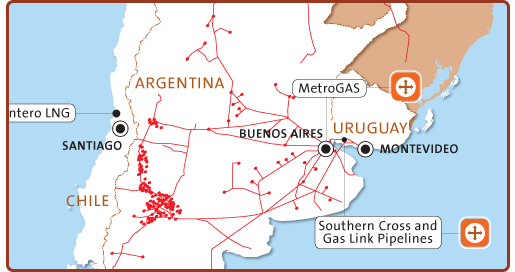 In the years 2000, Argentina and Uruguay, were anticipating the need to import natural gas to compensate the growing domestic demand while the local production was stagnating.

In July 2007, the both countries signed an Energy Cooperation Agreement for the construction of a regasification plant close to Montevideo in Uruguay.

This concept was chosen for the GNL Del Plata project as this Montevideo LNG receiving terminal should have been connected to the existing natural gas transportation infrastructure, the Cruz de Sur Gas Pipeline, connecting Montevideo in Uruguay to Buenos Aires in Argentina.

Crossing the Rio de la Plata estuary by a 50 kilometers underground section, this pipeline has a capacity of 6 million cubic meters per day of natural gas.

But in the meantime Repsol–YPF discovered the giant shale gas field in the Vaca Muerta basin propelling Argentina among the world top three countries by unconventional gas reserves. 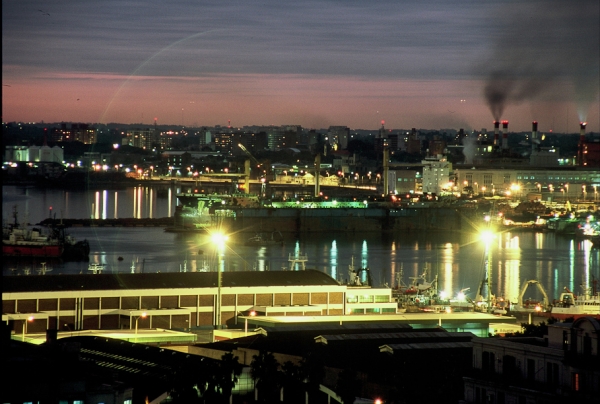 In this context, the GNL de Plata project to import natural gas through Uruguay started to fade out of Argentina priorities.

One year ago, Argentina pulled out from the Gas Sayago joint venture in charge of the Montevideo LNG Terminal project in expecting to see the development of its own shale gas resources to take off and catch up with the ballooning domestic demand.

On the Uruguay side, 65% of the energy needs are covered by the expensive import of crude oil and 35% from local hydroelectric power.

In this context and in respect with the natural gas prices, any percentage of oil being converted in gas will generate major savings for the country.

Uruguay consumes currently 300,000 cubic meter of gas per day, therefore the Montevideo LNG Terminal project has been sized to give the flexibility to convert the maximum of crude oil import into cheaper natural gas import.

This partnership change among the stakeholders took place in 2012, although the operator ANCAP had contracted in 2010 the engineering company Foster Wheeler from USA for the design of Montevideo LNG terminal project.

The first contract awarded to Foster Wheeler was to perform the conceptual study, the front end engineering and design (FEED) and to prepare the bid to select the company to design , build, own and operate the Montevideo LNG project.

Foster Wheeler will also supervise the appointed company for the engineering, procurement and construction (EPC) contract upto the start up of the operations.

In May 2013, GDF-Suez came out as the front runner of the competition for this build, own, operate and transfer (BOOT) contract for this Uruguay LNG terminal project.

From the FEED proposed by Foster Wheeler, the so called GNL Del Plata should be developed in two phases. 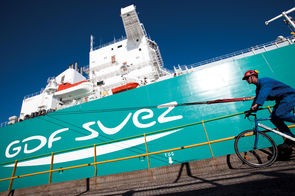 For the first phase, the Montevideo LNG terminal should have a:

– Breakwater infrastructure in the Port of Montevideo

– Gas pipelines infrastructures to connect the terminal to the existing pipeline network in Uruguay.

In a second phase, the terminal should be expanded to 15 million cm/d.

With a 20 years concession under its BOOT contract GDF-Suez estimates the Montevideo LNG Terminal project to require $1.125 billion capital expenditure in targeting to run into commercial operations by 2015.