In Business to Deliver

Headquartered in Calgary, Alberta, Canada, and listed at the Toronto Stock Exchange and NYSE, TransCanada is a leader in energy infrastructures in North America.

With more than 60 years of experience and 4,200 employees, TransCanada is active in two types of business, pipelines and energy.

In midstream activities, TransCanada builds its market leadership on responsible development and reliable operation of natural gas and oil pipelines in Canada, USA and Mexico.

As pipelines operator, TransCanada manages the most complex distribution system on the world: 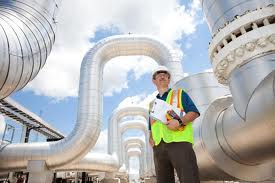 – Connecting the crude oil sands produced in Canada to the refineries in midwest USA.

TransCanada transports everyday 20% of the natural gas consumption in USA. 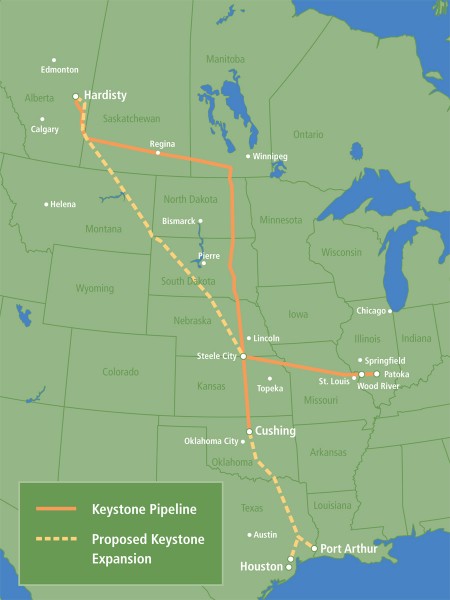 Managing $46 billion of assets, TransCanada is actually engaged in $22 billion capital expenditure in energy infrastructures in North America to be completed in the next three years.

In addition TransCanada is involved in giant pipeline projects such as: 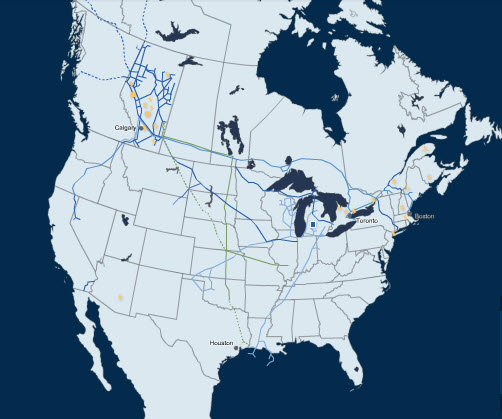 – 1,200 kilometers Alaska Pipeline Project (APP) for which TransCanada and ExxonMobil have reached an agreement to connect the North Slope to Valdez on the South Central Alaska for an estimated $20 billion capital expenditure.

– 700 kilometers Coastal GasLink Pipeline Project for Shell and its partners to supply the LNG Canada project near Kitimat, B.C. from the Montney gas fields, near Dawson Creek, B.C.

– 1,900 kilometers Keystone XL Pipeline Project from Hardisty, Alberta, Canada, to Steele City, Nebraska, USA, for which the US Presidential Permit is expected on the first quarter of 2013 for operation in 2015.

– 76-kilometers Houston Lateral Project comes in addition to the Gulf Coast Pipeline project to transport oil to refineries in the Houston area.

– 1,700 kilometers Bakken Marketlink Pipeline Project to be developed together with Keystone XL project to transport 100,000 b/d of crude oil from the shale oil Williston Basin in North Dakota and Montana to Cushing, Oklahoma, storage facilities.

For all these projects, TransCanada is depending on the regulatory approvals; assuming to get them on 2013, these oil and gas pipelines projects should be in operation by 2015.