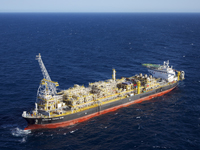 From this success Toyo Engineering Corporation (Toyo) and SOG – Óleo e Gás S.A. (SOG), a leading engineering company in Brazil, have agreed to establish a joint company to further reinforce operations in Brazil.

Both companies aim to establish a holding company TS Participações S.A. in June 2012 with a shareholding ratio of 50% per each company.

– Estaleiros do Brasil Ltda. (EBR) engaging in EPC of offshore business including FPSO.

Both companies will be established as fully held TS Participações S.A’s subsidiaries. 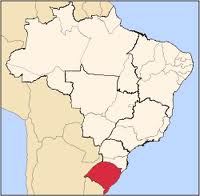 EBR will own and operate a module fabrication and integration yard for the offshore business in the state of Rio Grande do Sul in the southern part of Brazil.

SOG has handled a wide variety of projects in Brazil in the fields of oil & gas, petrochemicals and infrastructure, constructed offshore facilities (including FPSO and offshore platforms), and also operated a shipbuilding yard.

Toyo has been collaborating with SOG for many years in oil & gas projects in Brazil.

After making its first entry into Brazil in 1965, Toyo has engaged in a diverse range of large scale projects, and is now carrying out various projects in Brazil including 3 FPSO projects.

Brazil is blessed with an abundance of natural resources and maintains steady economic growth thanks to its increasing domestic demand. In this favorable environment, more investment than ever is expected to be made in development of:

– Infrastructure such as power generation and transportation systems.

Foreign businesses, including Japanese companies, are expected to increase the number of their manufacturing bases and investment in development of natural resources.

Toyo and SOG will contribute to the growth of the Brazilian economy through this company and exert efforts to expand business opportunities in the country.

In future, Toyo and SOG will develop business in other South American and West African countries.

Toyo decided to change its business model in Brazil with this joint venture in response to the Brazilian Government policy of increasing the ratio of domestic production and promoting technology transfer as well as in accordance with Toyo’s management strategy of expanding its Market Leadership in upgrading the network of localized EPC bases in emerging countries.