The French major Total SA (Total) and its local partner the national oil company (NOC) Qatar Petroleum (QP) are working on the Al Khalij Phase-4 project in considering the optimization along the next decades of the Al Khalij oil field exploration and production offshore Qatar in the Arabic-Persian Gulf.

Well known as world largest exporter of liquefied natural gas (LNG), Qatar is also member of the Organization of the Petroleum Exporting Countries (OPEC) with proven reserves estimated to 25.2 million barrels of crude oil on January 2014. 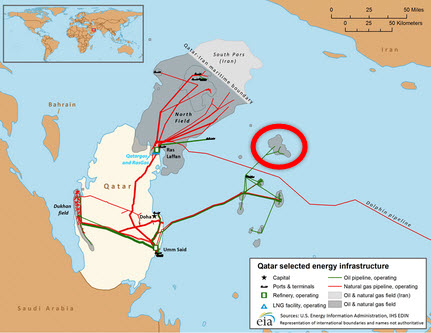 With the development of the North Dome Gas field, Qatar constantly increased its production of associated non-crude liquids, so that in 2012 it exceeded the crude oil production.

This chisels effect between non-crude liquids and oil productions came up in a context where the oil production started to decline for the first time in 2012.

After $6.6 billion capital expenditure in a 2010 – 2014 development program, Qatar Petroleum is renewing its investment effort in targeting a production of 800,000 barrels per day (b/d) of crude oil by 2017 with the support of international oil companies (IOCs) such as Total, Maersk or Occidental Petroleum Corporation (Oxy) to provide their expertise in the enhanced oil recovery technologies (EOR).

In this perspective Total and QP renewed their production sharing agreement (PSA) in November 2012 for a period of 25 years starting in 2014 in continuation from the previous agreement signed in 1989.

As a result, the working interest in Al Khalij PSA are shared such as:

From the previous agreement, Total discovered the Al Khalij oil field in 1991 and started the first production of crude oil on 1997.

Located 130 kilometers east of Qatar peninsula, at the limit of the territorial waters with Iran, the Al Khaleej ranks in the fifth position of Qatar crude oil fields by number of barrels produced per day behind Al Shaheen, Dukhan, Idd Al-Shargi and Bul Hanine. 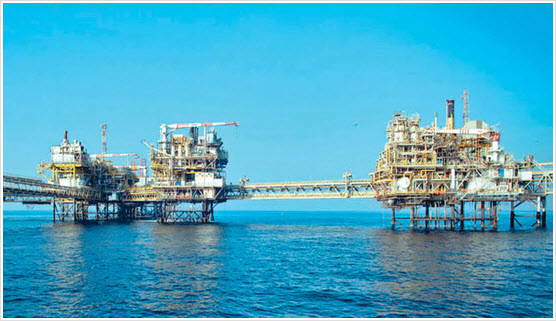 But since this period, the crude oil production started to decline to run around 25,000 b/d currently leading Total and QP to renew their PSA in order to work on the re-development of Al Khalij  until 2039.

Currently Total and QP operate Al Khaleej with 60 wells and an offshore complex of eight platforms.

To re-develop Al Khalij Total and QP may consider only to maintain the current production as a plateau along the next 25 years or to boost production on the first years.

Simulation by digital oil field technologies will help to compare the different re-development scenarios in respect with the corresponding costs.

Whatever is the selected option, Total and QP are planning to add production wells and offshore platforms on the next five years.