Modec, Saipem and SBM Offshore are expected to bid for the two converted FPSOs proposed by Total and its partners, ExxonMobil, Marathon, Sonangol and Galp for the development of the Kaombo offshore project in Angola. 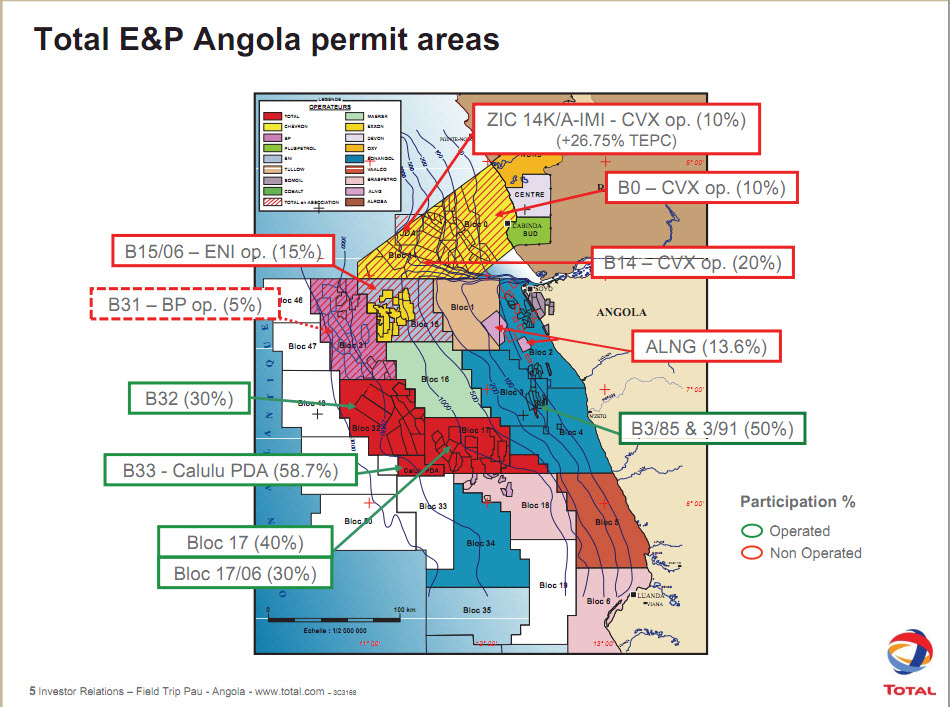 Angola, on the western coast of Africa, is one the strategic countries to support the future growth of Total.

Total expects an average growth of 4.9% per year of its production volume in Angola on the period 2010 to 2015, compared with 2% global.

Since the South American Continent and African Continent were connected some 160 million years ago, Angola and Brazil kept similar offshore seabed, including pre-salt oil and gas fields.

In respect with its historical position in Africa, Total has easier to focus on the deep waters of the Kwanza basin in Angola than on the congested Brazil pre-salt development program.

Total‘s previous project Pazflor confirms to be a success with producing costs around $55 per barrel.

Regarding Kaombo or Block 32, deeper and more complex than Pazflor, the estimated cost is close to $70 per barrel with a total capital expenditure between $3 and 4 billion.

Benchmarking Brazil, Angola is in addition requesting a significant share of local content in the projects, which contributes to increase costs.

For the Kaombo project in the Block 32, Total and its partners share working interests as following:

– Total from France 30%, is the operator

The French Doris Engineering (Doris) performed the Front end engineering and design (FEED) for the subsea part of Total’s Kaombo, in the ultra-deep water of the Block 32 ranging from 1,450 to 1,950 meters.

Two converted FPSOs will be deployed above the Kaombo’s two well-separated reservoirs which contain two different types of oil.

Total estimated the recoverable reserves in Kaombo reservoirs to 300 million barrels each. 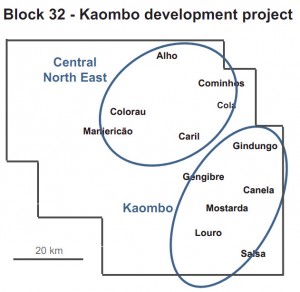 For the development of these reservoirs Total is planning to use two FPSOs:

– The so called GG FPSO will be positioned in the north of Kaombo above the Gindungo and Gengibre fields with Caril to be tied back later on.

– The named CLM FPSO will be moored in the south of Kaombo to tap in Canela, Louro and Mostarda.

Depending on the evolution of the subsea  technologies in the future a specific development will be entertained for the southerner Salsa find.

Regarding the FPSOs Total compared the new-build solution with converted FPSOs.

Despite Total‘s strategy since Erika accident to use only new-build FPSOs Total and its partners ExxonMobil, Galp, Marathon and Sonangol have decided to switch to converted FPSOs for Kaombo project.

Lower costs and local content may have driven the decision in favor of the converted FPSOs solutions.

Modec, Saipem and SBM to bid on converted FPSOs

Each of the two converted FPSOs defined by Total should have the following capacities: 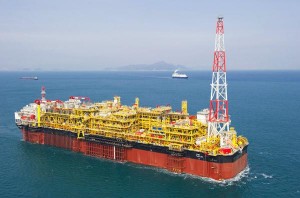 SBM may take advantages of its long standing co-operation with the local NOC Sonangol having 40% working interests in Kaombo. 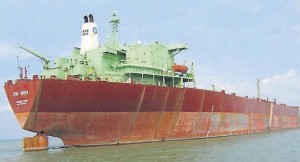 SBM may also benefit from its partnership with the Paenal yard located at Porto Amboim which may contribute to increase significantly the local content.

Modec, Saipem and SBM should submit their technical bid in coming weeks and commercial offer in November for an award in April 2013, just after the final investment decision (FID).

Total shall sign the engineering, procurement and construction (EPC) contract for the conversion of the two FPSOs as design-one and build-two concept.

Total and its partners ExxonMobil, Galp, Marathon and Sonangol are expecting these converted FPSOs from the EPC in competition (Modec, Saipem, SBM) by end of 2016 in order to start production in the Kaombo Block 32 oil and gas fields in 2018.