On May 21st, 2012, The Shaw Group Inc (Shaw) and Technip announced to have closed a deal to the US based Energy & Chemicals Division, mostly made of Stone & Webster, to the France headquartered engineering company Technip for approximately $300 million. 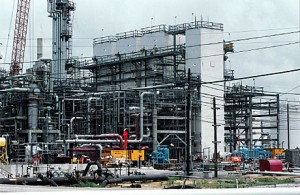 Shaw will retain Energy & Chemicals Group personnel in its Baton Rouge office, USA, which will be integrated into the company’s Plant Services Division, as well as Shaw Consulting International Inc., which will be incorporated into Shaw’s Environmental & Infrastructure Group.

Shaw also will retain its Toronto-based, Canada, operations and is reviewing options regarding future plans for this office

Additionally, Shaw will maintain its obligations under an engineering, procurement and construction contract associated with a large ethylene plant in southeast Asia that is now approximately 98 percent complete.

For Shaw, this divestiture creates the greatest value for the shareholders, while allowing to pursue additional opportunities for growth in its primary targeted industries.

Shaw will continue to focus on growing its Market Leadership positions in its core business lines and ensuring excellence and consistency across all operations.

As part of the Energy & Chemicals business:

– One of Shaw’s core proprietary process technologies is ethylene and its co-product, propylene

The divestiture is targeted to be completed in Shaw’s fourth quarter of fiscal year 2012.

Technip to look at Downstream and prepare next steps

From Technip perspective, this Stone & Webster acquisition will consolidate its Market Leadership in the engineering activities in many ways to: 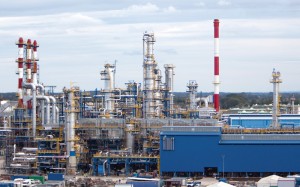 – Enhance its position as downstream technology provider with licenses in refining andpetrochemicals, see details below

– Increase technology portfolio and revenues in Onshore and Offshore markets, especially in USA and UK.

– Benefit from the tightened Stone & Webster relationships with key customers

Technip takes over the Stone & Webster process technologies and the associated oil and gas engineering capabilities from Shaw.

The acquired Shaw Energy & Chemicals activities are located in:

Renamed as The Shaw Energy and Chemicals division, Shaw redefined the new business model of the Energy & Chemicals division to compete with other engineering companies such as Bechtel, Fluor, Foster Wheeler, Jacobs, JGC and Technip.

Since the Shaw buyout the Power group has done record business in engineering and construction of coal-fired power plants and power plant environmental control retrofits.

Due to Shaw‘s alliance with Westinghouse, the current incarnation of Stone & Webster is once again very active in the developing nuclear power industry.

In 2002, it won a contract for managing a construction project for gas works for the Adma-Opco in UAE.

Within Shaw, Stone & Webster contribution to the revenue was of over $3.3 billion.

In 2008, ENR ranked Stone & Webster as a Shaw Group subsidiary as:

– 1st by Revenue for Power EPC

A Fortune 500 company with fiscal year 2011 annual revenues of $5.9 billion, Shaw has approximately 27,000 employees around the world and is a power sector industry leader according to Engineering News-Record’s list of Top 500 Design Firms.

From the deepest Subsea oil & gas developments to the largest and most complex Offshore and Onshore infrastructures, 30,000 people are constantly offering the best solutions and most innovative technologies to meet the world’s energy challenges.

Present in 48 countries,Technip has state-of-the-art industrial assets on all continents and operates a fleet of specialized pipelay vessels for pipeline installation and subsea construction.

The Stone & Webster acquisition from Shaw may look modest financially ($300 million) at the scale of Technip, but it provides Technip with a unique access to the downstream booming market in USA from shale gas and new expertise in power generation including nuclear preparing ground for further strategic move.

1 thought on “Technip targets Chemicals and Power with Stone & Webster”