While Statoil and its partners, Maersk, Petoro, Det norske oljeselskap and Lundin, are running intensive discussions to develop the giant Johan Sverdrup fields, the Geitungen discovery confirms all the potential of the still unexplored  Utsira High areas within the Norwegian Continental Shelf (NCS).

Located 140 kilometers west of the Stavanger‘s coast line, by 110 meters water depth and 2000 meters total depth, Johan Sverdrup giant oil field has been the largest oil field discovery in 2011 in the world and the fifth biggest ever in Norway.

Statoil and its partners estimate Johan Sverdrup reserves somewhere between 1.7 billion and 3.3 billion of barrel of oil equivalent (boe) with a an expected life of production above 30 years.

The development of Johan Sverdrup will also be one of the biggest project in the world for the coming years.

Johan Sverdrup is in fact made of two different discoveries, in Block PL 501 and Block PL 265, which turned to be related to the same field because of its giant size.

Allocated through different licenses, these blocks have different working interests.

PL501 is shared between:

PL265 has ownership between:

Developed as separate fields until Johan Sverdrup was discovered to lie across both blocks, the Swedish Lundin was the operator in PL501 while Statoil was operator in PL 265.

But in March 2012 all the partners in Johan Sverdrup signed pre-unit agreement to cooperate around the:

– Planning for exploration until investment decision

To be developed as a stand alone project, Statoil and its partners Lundin, Maersk, Petoro and Det norsk oljeselskap are planning to build offshore processing facilities and infrastructures for Johan Sverdrup that could be used as a hub to tie-in further developments in the Utsira High area of the Norwegian Continental Shelf (NCS). 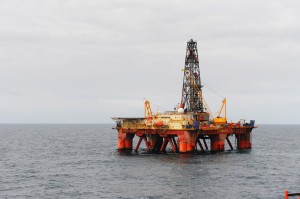 The information and data collected from the exploratory well have indicated that Geitungen should be connected to Johan Sverdrup field.

This discovery is not only a success for Geitungen itself but for the entire Johan Sverdrup field still promissing and in general for the whole Utsira High area.

Geitungen justifies for Statoil and its partners to complete their on going appraisal program to give more certainty on Johan Sverdrup reserves as actual estimations continue to escalate.

In that perspective, Statoil and its partners appointed Aker Solutions to perform the conceptual study of Johan Sverdrup offshore development.

The Johan Sverdrup project will be unique in size and complexity as it should include:

– Full electrification of the platforms with power coming subsea from the shore. 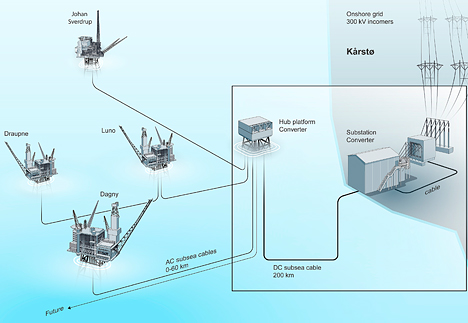 This electrification program is supported by the Norwegian Ministry of Petroleum and Energy and should include the other coming or existing platforms  of the neighboring fields such as Dagny, Draupne and Luno fields, with a unique electrical supply from shore, the Utsira High project.

The capital expenditure for this Utsira High electrification project is estimated around $1.5 billion.

Based on Aker Solutions conceptual study, Statoil and its partners Lundin, Maersk, Petoro and Det norsk Oljeselskap are planning to decide on Johan Sverdrup development concept in the fourth quarter 2013 in order to commence commercial operations at year end 2018.