Statoil, Petoro and Exxon to tie-back Svalin to Grane

Svalin is located in Block 25/11 in the North Sea, between the Grane and Balder fields, about six kilometers south-west of the Grane platform at a water depth of 125 meters.

The recoverable reserves are estimated to 75 million barrels oil equivalent (BOE)  with similar volumes in Svalin M and Svalin C.

The working interests in Svalin field are shared between:

This month, Statoil and its partners submitted their plan for development and operation (PDO) to the Ministry of Petroleum and Energy. 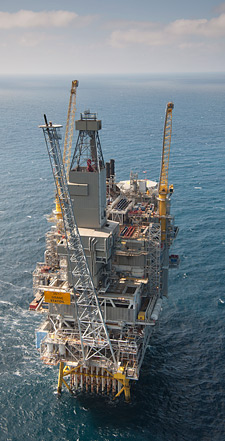 The Svalin development time frame has been defined in order to mitigate the depletion of the Grane  oil and gas field releasing free capacities to be processed on the Grane platform.

Svalin will produce heavy crude oil as today Grane does.

– Svalin M well will be drilled from the Grane platform

– Svalin C will be developed sub-sea with a six-kilometre-long flowline to the Grane platform.

Svalin heavy crude oil will share Grane processing and export facilities and will be transported from the Grane platform through the existing pipeline for storage and shipment from the oil terminal at Sture.

Anyway the gas compression unit on the Grane platform will be modified to meet Svalin gas requirements.

Statoil, Petoro and ExxonMobil awarded the engineering, procurement and construction (EPC) contract to:

– Subsea 7 for the pipeline and marine operations

According to Statoil definition the fast track development refers to projects which may be developed in using only well known solutions and existing infrastructures.

Statoil developed this fast track concept as most oil and gas fields of the Norwegian continental shelf (NCS) are very similar in terms of required sub-sea and offshore technologies.

Beside of the giant fields, most of the new discoveries are related to small oil and gas fields, called marginal fields,  which have no chance to be profitable with conventional engineering and development approaches.

These oil and gas marginal fields are numerous in the Norwegian continental shelf (NCS) and request standard solutions to be put in production at minimum capital expenditure and lead time.

Since Statoil production is depleting in the NCS because of the old fields maturing, Statoil must increase production by one third.

These marginal oil and gas fields offer a great opportunity to meet this target in a minimum period of time.

In practice the Statoil fast track concept is based on:

– 50 % reduction of the development time

– Maximization of the NCS

The first Statoil fast track project was Visund South in the NCS to come on stream in 2012.

With Svalin, Statoil will have had implemented eight of these fast track projects providing additional 100,000 BOE/d by 2014.

According to Statoil, Petoro and ExxonMobil scedule, Svalin M should be completed at the end of 2013 and Svalin C on mid-summer 2014.