The state-owned companies Statoil from Norway and Sinochem from China, partnering in the offshore Peregrino field, submitted the plan of development (POD) for its southwest expansion in the Campos Basin to Brazil National agency of Petroleum, Natural Gas and Biofuel (ANP).

Despite its 14-degree API heavy crude oil and its related challenges, Peregrino attracted foreign companies for exploration and production.

On the positive side, Peregrino is ranked among the largest post-salt oil and gas fields in the Campos Basin offshore Brazil. 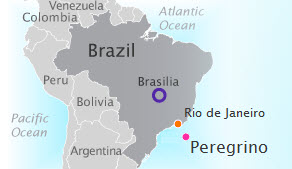 In addition Peregrino is located only 85 kilometers from shore and lying by only 120 meters of water depth.

Since heavy crude oil requires a larger quantity of wells for injection as well as for production, Peregrino reasonable water depth enabled Statoil and Sinochem to maximize subsea operations at reasonable costs.

Formerly known as Blocks BM-C-7 and BM-C-47, Statoil and Sinochem share the Peregrino working interests such as:

Statoil and Sinochem started first operations in Peregrino in April 2011 with a floating, storage, production and offloading (FPSO) vessel fed by the drilling and wellhead platforms A and B.

Since that time, Statoil and Sinochem produced 90 million barrels of crude oil out of Peregrino Phase-1.

At this stage, Statoil and Sinochem have reached only 20% recovery rate while Peregrino is estimated to hold between 300 and 600 million barrels recoverable resources of oil. 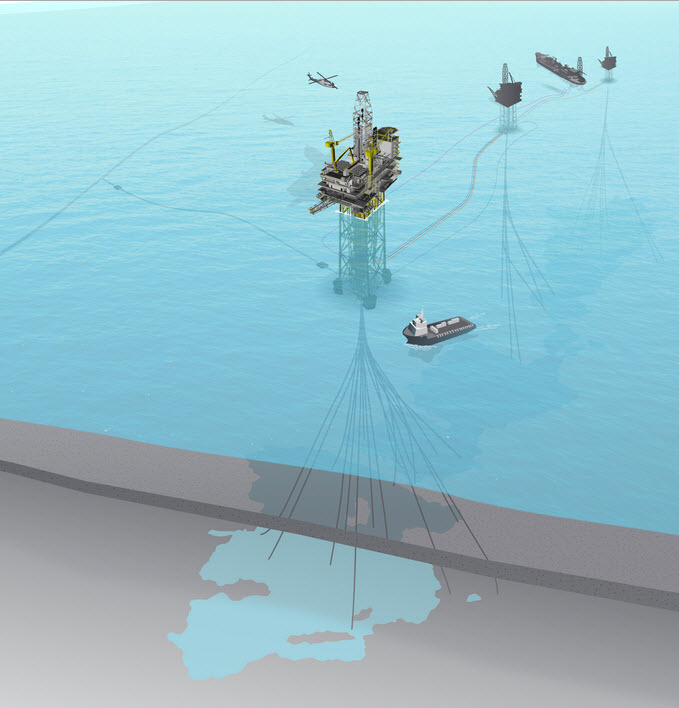 With $3.5 billion capital expenditure, Peregrino Phase-2 is expected to add 250 million barrels of recoverable reserves of crude oil from the southwest area of the field.

From the completed front end engineering and design (FEED) work, the Peregrino Phase-2 will see the addition of a Southwest wellhead platform (WHP-C).

This Peregrino Platform-C will also support its own standalone power generation and will be able to power supply the Platform-A for further extension of EOR equipment.

In submitting the Plan of Developement in early 2015, Statoil and Sinochem expect to turn Peregrino Phase-2 project into first production by 2020.