As a result of the lasting Ukraine crisis, Edison from Italy and Sonatrach from Algeria resumed talks about increasing natural gas import from Algeria to Italy through the Algeria Sardinia Italy Gas (GALSI) pipeline project to be revived for the circumstances.

In respect with the ongoing discussions between the parties, GALSI is planning to make the final investment decision (FID) on the GALSI pipeline project by November 30th. 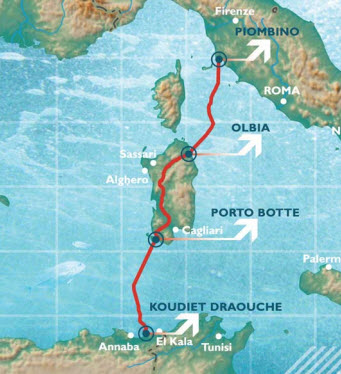 Established in 2003, GALSI Spa (GALSI) is a joint venture between:

When presented in 2010, the GALSI pipeline was part of the series of strategic projects to secure Europe in natural gas supply.

But this project came into competition with number of other pipelines initiatives in the north and east of Europe in a context where Italy and Algeria met some difficulties to agree on the gas prices.

On the same period the development of the shale gas in the US created some uncertainty on the future gas prices, standing very low, and the opportunity for Europe to import also gas from west.

Therefore Sonatrach, Edison and their partners had to put on hold its GALSI pipeline project in waiting more favorable days.

Sonatrach and Edison ready to start work on GALSI

On the last months some major events have contributed to resume talks between Edison and Sonatrach to revive the GASLI Pipeline project.

In addition to the Ukraine crisis rising question about Europe eastern supply, Algeria approved $100 billion capital expenditure program from 2014 to 2018 to boost the oil and gas production, including through unconventional resources such as shale gas. 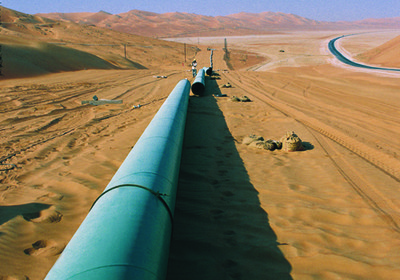 To support this plan, Algeria is preparing the new regulation to motivate the international oil companies (IOC) to invest in the country and contribute to the local development through upstream, midstream and downstream projects.

Designed to carry out 8 billion cubic meters per year (cm/y) of natural gas, the GALSI pipeline project should connect Koudiet Draouche on the Algeria Mediterranean coast to Piombino in Italy.

GALSI partners selected a route crossing the Mediterranean Sea to Porto Botte in Sardinia, running through the island up to Olbia in the north where it would turn subsea again up to Toscany.

From the 900 kilometers length of the GALSI project, 600 kilometers of the pipeline will be subsea with a maximum depth of 2,800 meters.

Estimated to require $3 billion capital expenditure, the GALSI Pipeline project should include:

With all the permits already submitted to Italy and Algeria Authorities, Sonatrach, Edison, Enel, Hera Group and SFIRS are now expecting to award the engineering, procurement and construction (EPC) contracts on early 2015 for the first stream by 2018.